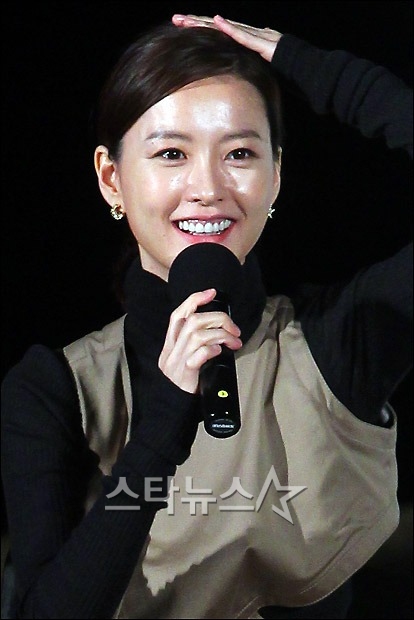 According to her management on the 14th, she is playing the role of Lee Yeong-eun in "You Pet". She will create a working rivalry with co-worker Kim Ha-neul.

She is a meaningful role who leads tension, going at it about everything with Kim Ha-neul at work.

Her management revealed, "She has been getting many offers from long term family dramas and such but she chose "You Pet" because she thinks she could show something she has never shown before".

Meanwhile, "You Pet" is based on an original by a Japanese cartoonist about a woman who looks amazing and is skilled enough to be acknowledged socially but a terrible people person, Ji-eun (Kim Ha-neul) and a guy who has been popular since he was young, In-ho (Jang Keun-suk), meeting as owner and pet, understanding and building on friendship.

"Jung Yu-mi "You Pet" cast confirmed, rival with Kim Ha-nuel"
by HanCinema is licensed under a Creative Commons Attribution-Share Alike 3.0 Unported License.
Based on a work from this source