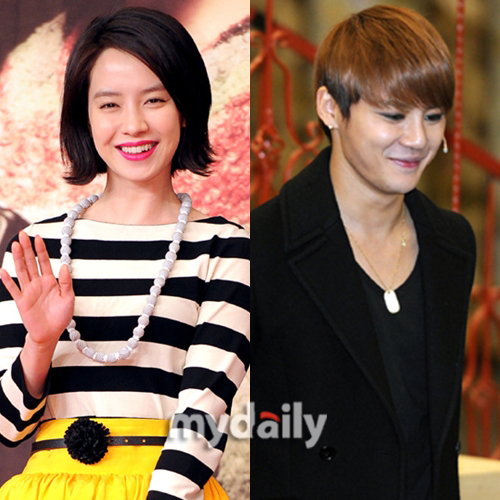 Song Ji-hyo and JYJ's Junsu denied the reports that they were cast in the upcoming movie "Jackal is Coming".

Their management C-Jes Entertainment revealed on February 23rd, "It's true Son Ji-hyo received the script but she didn't confirm anything. The report about Junsu also isn't true".

"Song Ji-hyo had one meeting after she got the script. The news about Junsu is just utterly false and shocking".

Junsu also had a meeting but his management said that doesn't mean he's confirmed to star in the movie. He is currently in the musical "Elizabeth" and is looking forward to the JYJ South American Tour next month.

Meanwhile, "Jackal is Coming", which is directed by Bae Hyeong-joon from "Too Beautiful To Lie" and "Once Upon a Time in Seoul", will start filming in March after the casting has been completed.

"Junsu denies "Jackal" and Song Ji-hyo as well"
by HanCinema is licensed under a Creative Commons Attribution-Share Alike 3.0 Unported License.
Based on a work from this source