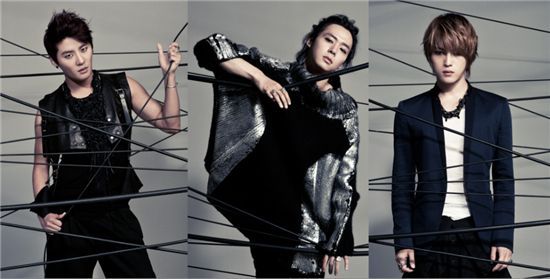 Korean boy band JYJ, composed of former TVXQ members Jaejung (Kim Jae-joong), Park Yoo-chun and Junsu, will likely take the stage at the 2010 KBS Drama Awards, making it the first time they will perform on television since debuting as a trio.

"It's not 100% confirmed as of yet but we in currently in talks with JYJ for a congratulatory performance during the 2010 KBS Drama Awards", a high-ranking official from KBS said. "It would be great if they performed the song 'Calling You' from the drama 'Sungkyunkwan Scandal' since Park Yoo-chun gave such a memorable performance in the drama".

He went onto explain that they are fine-tuning on several details including how many songs JYJ will sing at the awards ceremony.

Jaejung (Kim Jae-joong), Park Yoo-chun and Junsu made their debut in 2004 as part of the popular boy band TVXQ, but despite their phenomenal success in Asia, they ceased their activities as a group after being involved in a legal dispute with the Korean agency SM Entertainment.

They made a comeback to the music scene in October as a trio under the name JYJ and released their worldwide studio album "The Beginning" on October 14, kicking off their global showcase to promote their album and themselves in Seoul and the United States.

"JYJ likely to perform at 2010 KBS Drama Awards "
by HanCinema is licensed under a Creative Commons Attribution-Share Alike 3.0 Unported License.
Based on a work from this source