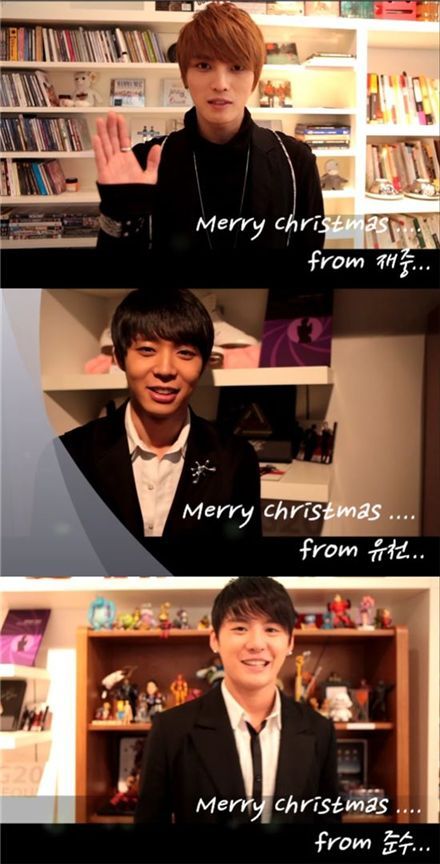 Korean idols JYJ have opened their official website (www.c-jes.com), according to the group's promoter Prain Inc. on Friday.

Prain announced in a press release that JYJ's management company C-JeS have created the official webpage through which Jaejung, Yuchun and Junsu will be able to communicate with their fans.

The main page of the website features a tab that introduces their discography for their world album "The Beginning" and the group's upcoming schedule as well as individual pictures and videos. The site will also be available in Korean, English, Japanese and Chinese.

To celebrate the launch of their official webpage, each member also uploaded a video message to greet and send out their holiday wishes to their fans.

JYJ, formed of Kim Jae-joong, Park Yoo-chun and Junsu, made their debut in 2004 as part of the popular boy band TVXQ, but despite their phenomenal success in Asia, they ceased their activities as a group after being involved in a legal dispute with the Korean agency SM Entertainment.

They made a comeback to the music scene in October as a trio under the name JYJ and released their record in mid-October after which they held a global showcase and held their first concert as JYJ.

The boys recently began their autograph session tour in five cities across the nation including Seoul, Daegu, Busan, Incheon and Gwangju, for fans who purchased the limited edition of "The Beginning".

"JYJ official website opens today "
by HanCinema is licensed under a Creative Commons Attribution-Share Alike 3.0 Unported License.
Based on a work from this source