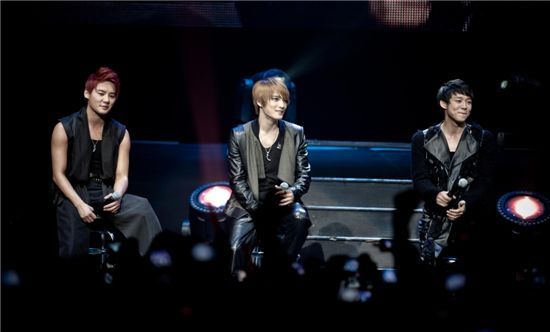 A press release from the group's publicist Prain Inc. said Tuesday that JYJ performed in front of some 7,000 fans on November 14 (U.S. time) at Las Vegas' Planet Hollywood Resort and Casino.

"The response we have received from the fans from the New York and Las Vegas' shows are great and we have received positive remarks from the staff members as well", an official from the group's Korean management agency C-JeS Entertainment Co. was quoted as saying.

The official added that there are high expectations for the release of their debut album "The Beginning" which will hit stores in North America next month.

"We sang our songs to express our happiness and to pay back our many fans who have shown their support and cheered us on", the members of JYJ were quoted as saying.

The boys' showcase in the U.S., including New York and Las Vegas and the upcoming one in Los Angeles are being held for free.

They were also set to perform in Hawaii but was cancelled due to the delayed issuance of the boys' U.S. visa and insufficient time for preparations. They were then denied P1 visas which would allow them to make monetary benefits off the remainder of their shows.

The boys embarked on their worldwide tour in mid-October to promote their album "The Beginning", which went on sale in Korea on October 14, with their first show in Seoul followed by concerts in Hong Kong, Taiwan and Shanghai.

They will be performing at Los Angeles' The Galen Center in U.S.C. this Friday and return to Korea to prepare for their two-day concert "JYJ WorldWide Concert in Seoul" on November 27 and 28. 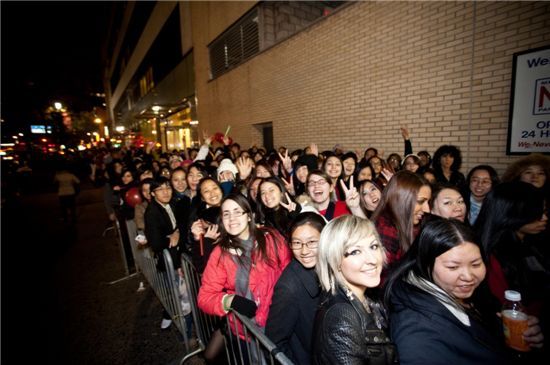 "JYJ performs in Las Vegas for global showcase "
by HanCinema is licensed under a Creative Commons Attribution-Share Alike 3.0 Unported License.
Based on a work from this source