JYJ's Micky Proves Himself a Prince of Primetime Soaps 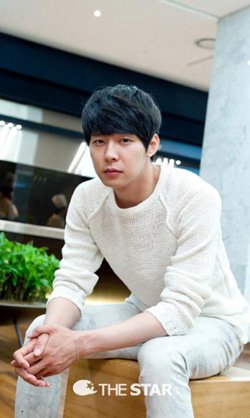 Many boy band singers try their hand at acting but few have managed to pull it off with such aplomb as Park Yoo-chun of JYJ. He has garnered praise for his acting abilities in a series of dramas over the last three years, but it was his role in the recently-ended SBS TV series "The Rooftop Prince" that really impressed critics as he showed a greater maturity as a master of his craft.

In the drama, he played the role of Lee Gak, a Chosun Dynasty prince who traveled through time to the present. Park initially won over viewers with his comic antics, but as the story developed he gradually fleshed out the character and got the audience more involved in the drama by showing the prince's hidden charisma and hinting at his secret.

"I was lucky that I got to act in a drama where I felt totally connected to the script, and was able to work with other great actors and a terrific production crew", he said. "If I had let the responsibility of playing the male lead overwhelm me, the job would have been exhausting. But I was able to immerse myself in my role and it was great fun".

Park is scheduled to head to the Indonesian surfing Mecca of Bali for a photo shoot this month before he meets with fans and shoots commercials in Korea. He said he will be sifting through more TV scripts before JYJ gets back into full swing next year.

"JYJ's Micky Proves Himself a Prince of Primetime Soaps"
by HanCinema is licensed under a Creative Commons Attribution-Share Alike 3.0 Unported License.
Based on a work from this source