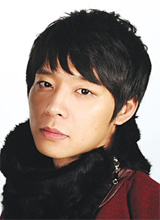 Boy band JYJ's Park Yu-chun (Park Yoo-chun) was caught by maritime police operating his yacht without getting the vessel checked for safety. The Korea Coast Guard is investigating Park on charges of violating the Ship Safety Act, a spokesman said Thursday.

According to the coast guard, Park steered the 11-ton Prestige without a safety license in waters off Haeundae, Busan about a dozen times between late July until early October last year. The 13.5 m-long yacht has double-decker cabins and reportedly cost about W1 billion (US$1=W1,122).