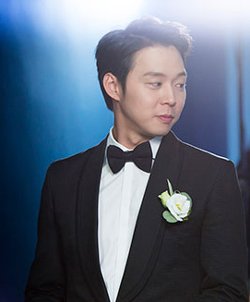 Park Yoo-chun of boy band JYJ is to marry the granddaughter of Hong Doo-young, the founder of Namyang Dairy.

Park and Hwang Hana plan to get married this fall, his agency C-JeS Entertainment said in a press release on Thursday.

"They don't have detailed wedding plans yet, so we can't give more information. We ask for understanding as he is currently serving his mandatory military service and his bride-to-be is not a celebrity".

It added that Park will focus on his military duties until he is discharged in August.

Park, who weathered a string of rape allegations last year, reportedly became close to her as she consoled him amid the publicity storm.