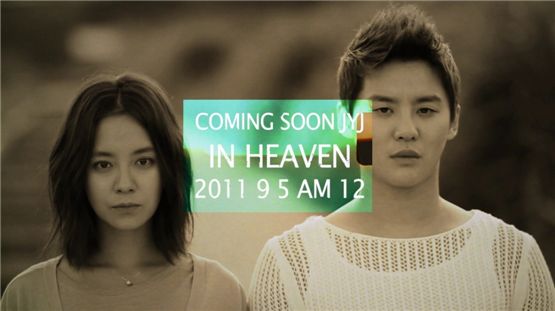 A press release by their promoter Prain Inc. said on Tuesday that JYJ will release a Korean-language album with title track "In Heaven", for which a teaser video was released yesterday midnight.

Until today, Prain had not revealed that "In Heaven", a sad ballad written and composed by member Kim Jaejoong, would be one of the songs to a total of ten albums set to be in the boys' special full-length release.

Their last release was their first full-length worldwide album "The Beginning" which went on sale in October of last year.

The record was also their first since splitting from the quintet TVXQ which they promoted in Korea and overseas through a worldwide tour.

"This album has a different significance to us because it'll be composed of songs we've written and composed ourselves", the members of JYJ were quoted as saying of the upcoming release in the statement.

The date of the album's release will be announced at a later time but the record itself will be available for reservations starting Friday on the websites of major record websites.

In the meantime, the boys are busy with individual activities: Park Yuchun recently finished his drama "Miss Ripley" and is set to visit Thailand for a fan meeting on September 17, Kim Jaejoong is filming TV series "Protect the Boss" and Kim Junsu has been active in the theatrical musical scene.

As a group, they are set to hold their first-ever concerts in Spain on October 29 and in Germany on November 6.

"JYJ to release new album in coming weeks"
by HanCinema is licensed under a Creative Commons Attribution-Share Alike 3.0 Unported License.
Based on a work from this source