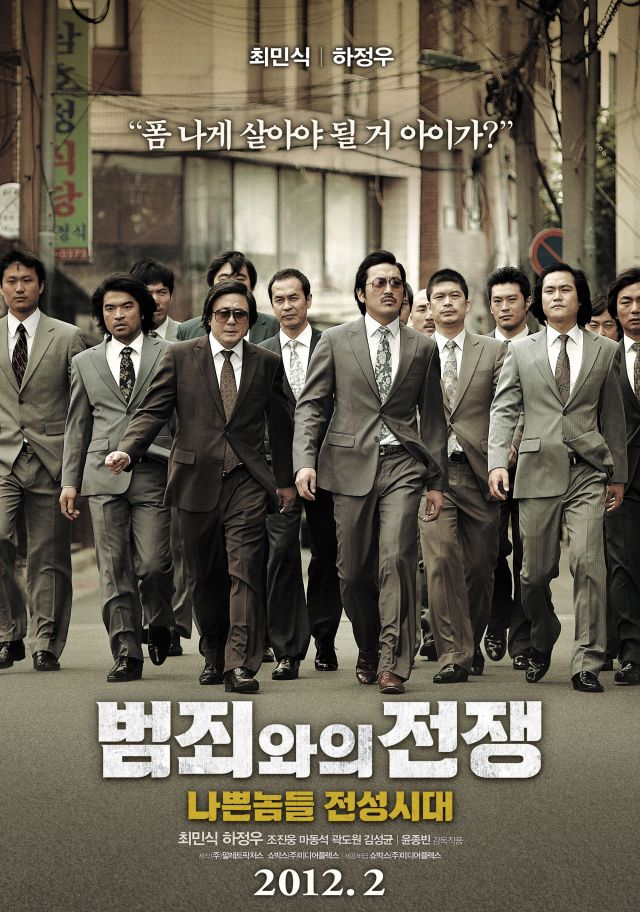 We go wherever the stars go! Here's the hottest entertainment news of the week! Let's go!

We start off this week with photos of stars bowing on Lunar New Year's Day.

Hallyu stars dressed up in traditional hanbok to bow to their fans and wish them all a prosperous new year in observation of Lunar New Year's Day.

It turns out Hallyu celebrities look as beautiful in hanbok as they do in their stage costumes!

The wishes of these fabulous stars are sure to give a great start to the new year!

Next up, the big screen sizzles up with two of Korea's biggest names in acting.

The preview for this upcoming movie "Nameless Gangster" was packed with reporters eager to talk to the lead actors, Choi Min-sik and Ha Jung-woo.

Why all the attention

[Interview : Choi Min-sik, Actor] "Cooperation with other actors is crucial in any project. I was very lucky to have worked with this cast, including Ha Jung-woo, for this movie".

Next we go to Hong Kong, where Girls' Generation finished their latest concert.

20,000 fans were treated to the 32-song concert, with each of the group's 9 members showing off their charm.

Everyone was talking about adorable Taeyeon, whose transformation shocked all fans!

Taeyeon's sexy see-through costume nearly caused servers to crash as people scrambled to get a glimpse.

Let's wish them luck on their Asia Tour!

And now it's time to talk about the hottest TV show in Korea, "The Sun and the Moon".

"The Sun and the Moon" came out on top of the ratings charts with 27.1% of Koreans tuning in.

The original novel and the soundtrack are all flying off the shelves, and fans are expressing their love for the show through various parodies online.

[Interview : PD] "What is the secret to "The Sun and the Moon"'s popularity"

[Interview : Lee Tae-ri, Actor] "It has all three ingredients. A great script, a terrific director, and fantastic actors".

These child actors placed "The Sun and the Moon" squarely on top of the charts, with higher ratings each week.

We hope that this success will continue as the characters and story mature on each episode. Good luck!

And our top headline of the week is news of the 21st High1 Seoul Music Awards.

The ceremony drew all the A-listers in the music industry, and the prize winners were chosen based on record sales, a popularity vote, and panel judging. Which stars took home a trophy that night

We're sure that 2012 will be another year filled with great K-pop and Hallyu!

32 songs! Girls' Generation certainly gives their fans a lot of value for their concert ticket money!
They really are hard workers and from the appearances I see on tv shows they're really sweet too.
I met some of their Chinese fans in Seoul who were hoping to get a glimpse of them in person. Hope they got their chance.
Me too.