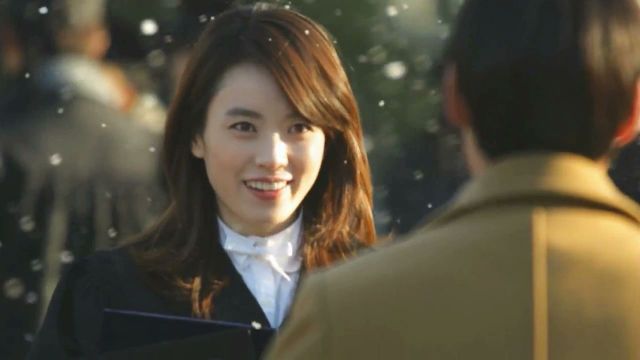 On January 19th, a very special concert in Seoul featured Han Hyo-joo, Lee Je-hoon, and Hyolyn! The audience members got to watch movies, talk with the stars, and listen to music. Let's check it out.

It's a weekday night, but this theater in Seoul is filled with excited fans. They're all headed to the same place!

The fans show Arirang Today the gifts that they've prepared for their favorite stars. Some bring flowers, others hand-drawn portraits, and it looks like this fan will literally give Han Hyo-joo the shirt off his back!

[Interview : Kim Yo-sep, Audience member] "I want to give her my everything! You can really tell that Han Hyo-joo is so refined and pure. I love you, Hyo-joo!"

But why is the concert being held at a movie theater[Interview : ] "Please give it up to Han Hyo-joo and Lee Je-hoon!"

As part of the concert, the audience will watch a movie that features Han Hyo-joo and Lee Je-hoon's acting, as well as Hyolyn's singing.

[Interview : Lee Je-hoon, Actor] "I was given the honor of various awards last year, and I knew that I had to live up to that honor by working harder in greater movies".

[Interview : Han Hyo-joo, Actress] "I will be in two movies in the early half of 2012. I'm busy these days preparing for those movies".

Before the movie, the stars spend a few moments chatting with their fans. Lee Je-hoon offers hugs to any interested fans. And he had one unexpected taker

[SOV]
[Interview : ] "Tell us one thing that you like better about Han Hyo-joo than your girlfriend".

Han Hyo-joo and Lee Je-hoon played a cute couple of their own in their short film, the first "intermovie" to be made in Korea. The first part of the film was made in September 2011, and Part 2 was revealed at the concert.

[Interview : Han Hyo-joo, Actress] "Someone who really loves me, and it would be nice if he's handsome too".

[Interview : Lee Je-hoon, Actor] "My ideal type of girl is someone positive that I can talk to and share things with".

Next up, it's Hyolyn, the main vocalist of Hallyu girl group SISTAR and the voice behind the intermovie's theme song, who has prepared a live concert for the audience.

[Interview : Hyolyn, Member of SISTAR] "I heard that the story is a love story between Han Hyo-joo and Lee Je-hoon's characters, and the song itself is lovely as well. It took me a long time to figure out how to sing this song with my husky voice".

"K-Celebrities now VCR2"
by HanCinema is licensed under a Creative Commons Attribution-Share Alike 3.0 Unported License.
Based on a work from this source