K-drama OST Sang by the Cast Themselves 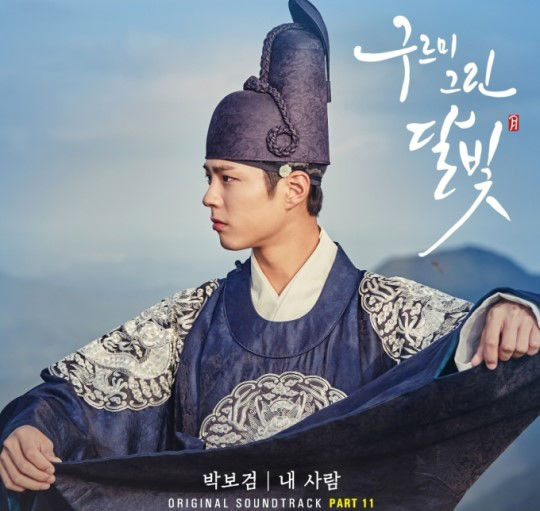 I've said this over and over again from my previous posts but I must say it again in this post. I LOVE K-DRAMA OST!Even as I write this article, I'm listening to the Goblin OST playlist (Yes, I'm still loving these songs and probably will never get sick of them. Ever.). For today, we are going to take a look at some of the special OSTs. Sometimes our talented actors/ actresses doesn't stop at just acting, but add their beautiful voice into the drama as they sing part of the OSTs.

As expected from a former girl-group member, actress Seo Hyun-jin flaunted her singing skills. In "Oh Hae-Young Again" she sang the song called What's Love with a singer Yoo Seung Woo. She also sang in other dramas she participated in such as "Let's Eat - Season 2" and "The Daughter of the Emperor"

Actress Park Bo-young also have a great singing skill. She sang the OST in "Oh My Ghostess" herself. The song Leave is a song with sweet melody which compliments Park Bo-young's pure voice.

She also sang in the movies she was in such as "Speedy Scandal", "A Werewolf Boy" and "Hot Young Bloods".

Since Joo Won's great singing was confirmed in his musicals, he had a several opportunities to sing OST in the dramas he acted in. Such dramas include "Bridal Mask", "Good Doctor", "7th Grade Civil Servant", "Bread, Love and Dreams" and "Tomorrow's Cantabile".

In the drama "Uncontrollably Fond", Suzy sang the OSTs Ring My Bell and When It's Good. When It's Good was especially popular considering it was Suzy's first song she wrote herself.

Also from "Uncontrollably Fond", his character was a singer/top star and he sang this song during his concert in the drama. The OST is called Picture in My Head. His low, husky voice is everything we yearned for!

Actor Cha Tae-hyun was loved for the OSTs he sang in the movies he acted in such as "Lover's Concerto", "Highway Star", and "Hello Ghost". Recently, he also sang the ending OST in the movie
"Because I Love You". The song is called Bygone Days.

Park Seo-joon is also an actor who proved his capability of acting and singing. His works such as "She Was Pretty", "A Witch's Love", "Kill Me, Heal Me" has OSTs sang by him and in the recent drama "Hwarang" he was able to sing the OST called Our Tears which was loved by many viewers.

In his latest drama "Moonlight Drawn by Clouds" he sang an OST called My Person. Many fans got so excited at the news that he was able to participate in the OST since he revealed in one of the interviews that he originally wanted to be a singer.

There are many others who have participated in the drama not only as in acting perspective but going an extra mile and singing the OST, such as Kim Soo-hyun, Lee Min-ho, Song Joong-ki, Kang Ha-neul and Kim So-hyun. I think it enhances the atmosphere of the drama and help us to get into the drama even more when we can hear these actors and actresses sing the OST themselves.

"K-drama OST Sang by the Cast Themselves"
by HanCinema is licensed under a Creative Commons Attribution-Share Alike 3.0 Unported License.