Kakao Page, "Watch Out for Popular Webtoons, Dramas and Films" 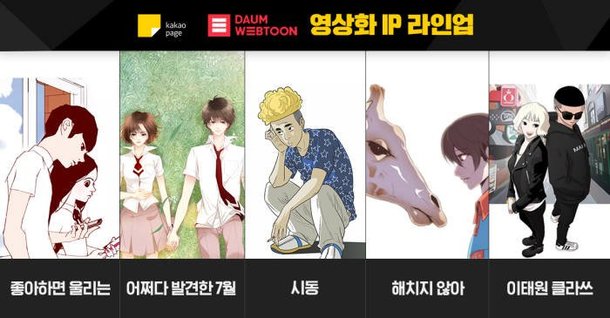 Kakao Page will start full-scale IP (Intellectual Property) imaging from the second half of this year.

Kakao Page said that the webtoon IP-based drama "Love Alarm" will be released on the 22nd as an original Netflix series. The original webtoon was so popular that it recorded 470 million views. It is written by Chun Gye-young, who is well known for "Audition". Prior to the release of the drama, a live chat will be held on the 20th in the evening, involving leading actors such as Kim So-hyun and Jung Ga-ram.

The webtoon "Extraordinary You" is also being dramatized. The original recorded a 9.9 in reviews on Daum Web Toon. Actress Kim Hye-yoon from the drama "SKY Castle" takes the lead and the drama will released on MBC in September.

Writer Jo Geum-san's "Start-Up" is turning into a film starring Ma Dong-seok, Park Jung-min, Jung Hae-in and Yum Jung-ah. The story is about rebels growing up to be adults and it recorded a 9.8 in reviews. Writer Hun from "Secretly and Greatly" is also coming out with a new film, "Secret Zoo".

Kakao Page CEO Lee Jin-soo said, "The original novels and cartoons, or 'stories', owned by Kakao Page and Daum Web Toons are highly competitive, because they can be expanded into various areas. We will lead the K-story industry through active imaging of the vast super IPs".