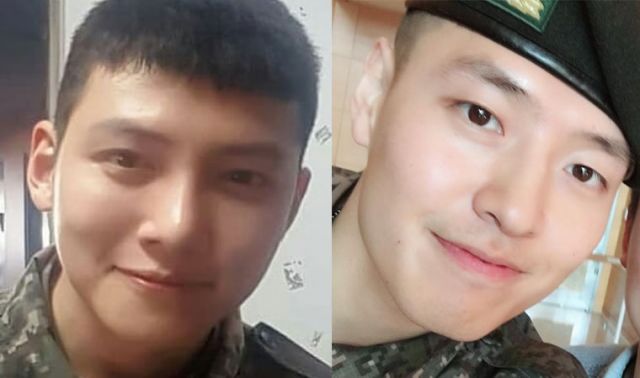 Celebrity soldiers Kang Ha-neul and Ji Chang-wook were spotted on May 21, 2018 at the auditions for upcoming military musical, "Shinheung Military Academy". The auditions, which took place at the National Theater of Korea in Seoul, were the second of the three rounds of auditions.

Though their casting has not been confirmed, reports say that the "Thrill Me" co-stars are most likely to take part in the musical given their background, talent and skills, and their earlier participation at the musical's production briefing held in Yongsan, Seoul on March 8.

"Shingheung Military Academy" is a 120-minute musical that tells the story about Korean freedom fighters who led victorious battles for independence against Imperial Japan in attempts to regain the country. It commemorates the 70th anniversary of the establishment of the Republic of Korea this year.

The musical is co-produced by the Republic of Korea Army and Shownote Company. Twenty performances will be staged starting September 2018 at Theater Yong, National Museum of Korea.

"Kang Ha-neul and Ji Chang-wook Spotted on Round 2 Auditions for Military Musical"
by HanCinema is licensed under a Creative Commons Attribution-Share Alike 3.0 Unported License.
Based on a work from this source