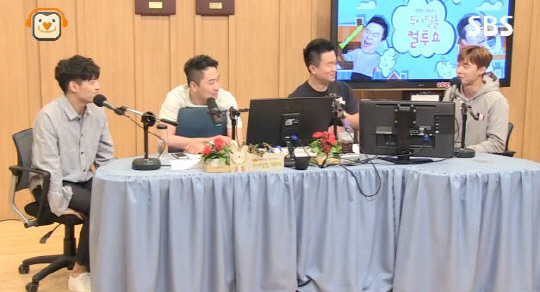 "Midnight Runners" stars Kang Ha-neul and Park Seo-joon  kept their promise to return as guests at SBS Radio Power FM's "Cultwo Show".
On August 21,  the duo made their second appearance at the popular radio show.  This was a promise made during their first guesting on August 3, should admissions to the police comedy film surpass 3 million.
Kang Ha-neul said, " I am so thankful for coming back for a good reason. Thank you so much for calling me back".
Park Seo-joon added, "I am very glad to be back". 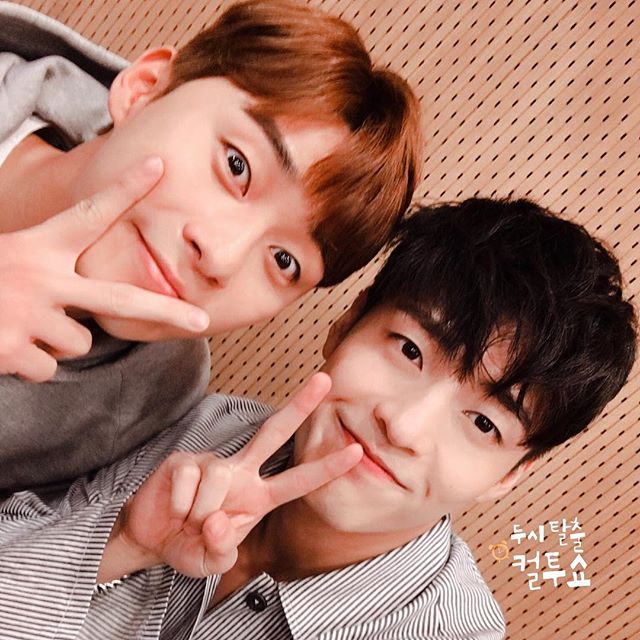 The Cultwo Show (which literally means "Escape at 2PM, Cultwo Show) is a South Korean radio show hosted by comedians Jung Chan-woo and Kim Tae-gyun, who are known as the Cultwo duo. The show started airing in May 2006 is currently ranked as the # 1 radio show in South Korea.  It is broadcasted live and conducted in front of an audience.

Kang Ha-neul and Park Seo-joon are currently promoting "Midnight Runners", a movie that centers on police university students, "Mr. Bookworm" Hee-yeol (Kang Ha-neul) and "Mr. Action" Gi-joon (Park Seo-joon) on their amateur investigation of an abduction that they personally witnessed one night. On the 12th day since its release on August 9, the movie has surpassed 4 million admissions and is enjoying the number 2 spot in local box office.
By Riversky

"Kang Ha-neul and Park Seo-joon return as promised to Cultwo Show"
by HanCinema is licensed under a Creative Commons Attribution-Share Alike 3.0 Unported License.
Based on a work from this source