Kang Ha-neul has been nominated as Best Actor even while on military service.

The 7th Yegreen Musical Awards has recognized Kang Ha-neul's impressive portrayal of loyal and passionate Pal Do in army musical Shinheung Military Academy. The musical that tells about the lives of the youth during the Japanese occupation in the 1910s has finished its run in Seoul in September and is currently holding performances in provinces around South Korea until early January 2019.

The Best Actor nomination is Kang Ha-neul's first in the field of musicals. His participation in Shinheung Military Academy came 6 years after his last musical, Assassins where he played the role of The Balladeer/Lee Harvey Oswald. 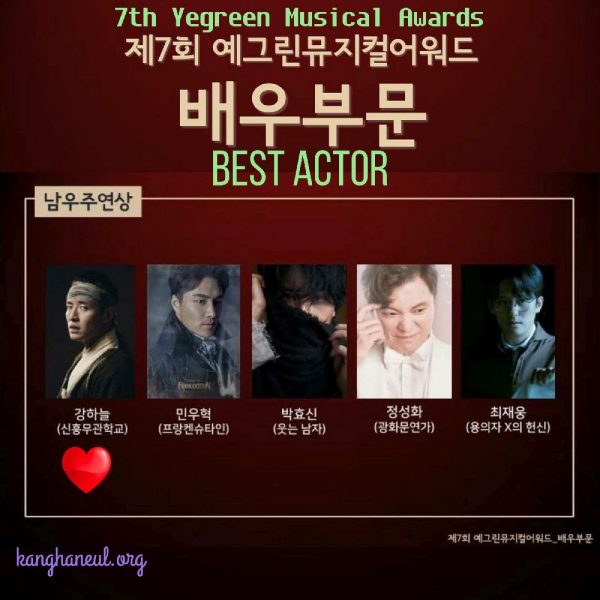 Other actors competing in the Best Actor category are Min Woo-hyuk (Frankenstein), Park Hyo-shin (The Man Who Laughs), Jung Sung-hwa (Gwanghwamun Sonata) and Choi Jae-woong (The Devotion of Suspect X). 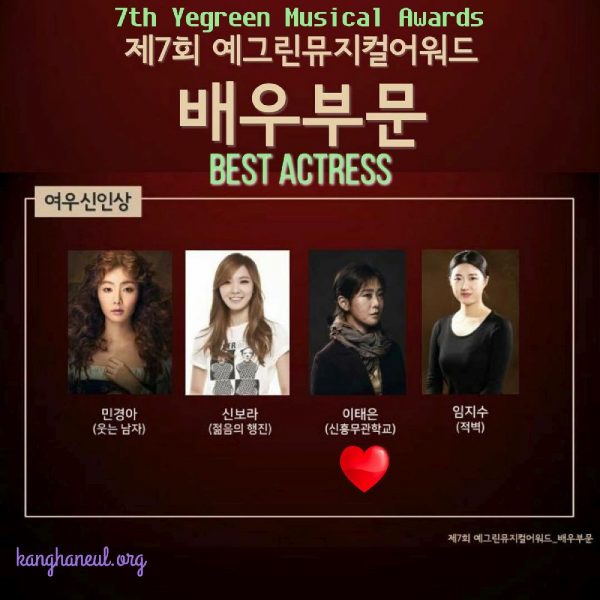 Yegreen Musical Awards is organized by  Chungmu Arts Center and aims to honor and promote the musical industry in Korea. A total of 83 works including 56 original musicals and 27 licensed musicals are exhibited this year. Nominations were selected from productions and project companies that announced their intention to participate in the musicals performed in Seoul for more than 10 days from October 2017 to October 2018.

The ceremony is scheduled to take place at 7pm on November 5, Monday at the Grand Theater in Chungmu Arts Center, central Seoul. It will be broadcast live via Naver TV and V-Live.

"Kang Ha-neul Nominated as Best Actor at the 7th Yegreen Musical Awards"
by HanCinema is licensed under a Creative Commons Attribution-Share Alike 3.0 Unported License.
Based on a work from this source