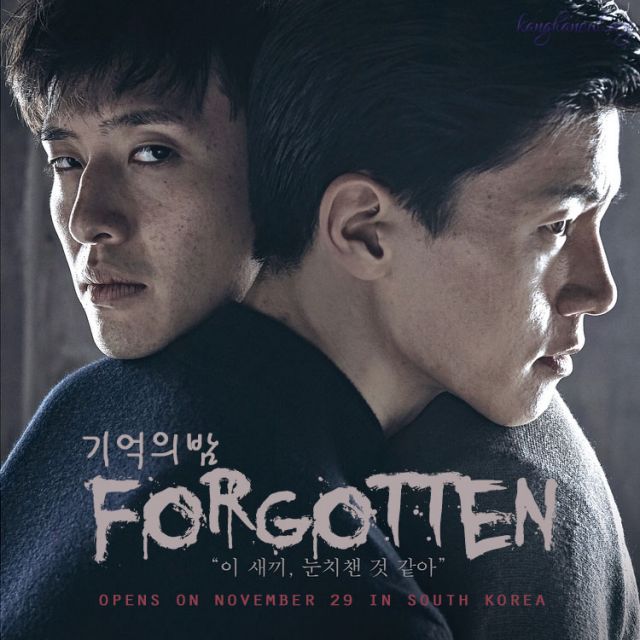 Netflix, the world leading internet entertainment service, announced on November 9 that Korean movie "Forgotten" will be released for streaming in over 190 countries in early 2018.

Mr. Jang Won-seok, CEO of movie production company BA Entertainment said, "I think it is unprecedented that the contract has been signed while the movie is still being made". He also added that this is also due to the fact that the movie has such a compelling story.

"Forgotten" is the last movie project of Kang Ha-neul before his military enlistment in September. He stars as Jin-seok, the younger brother who tries to unravel the mystery behind the memory loss and strange behaviour of his older brother, Yoo-seok (played by Kim Moo-yul) after the latter returns from a 19-day ordeal in the hands of kidnappers.

The highly anticipated movie was written and directed by Jang Hang-jun, who is considered as one of the best storytellers in Korea. "Forgotten" is his comeback project to the big screen after nine years.

"Forgotten" is slated to open in South Korea on November 29th.

"Kang Ha-neul's "Forgotten" on Netflix"
by HanCinema is licensed under a Creative Commons Attribution-Share Alike 3.0 Unported License.
Based on a work from this source