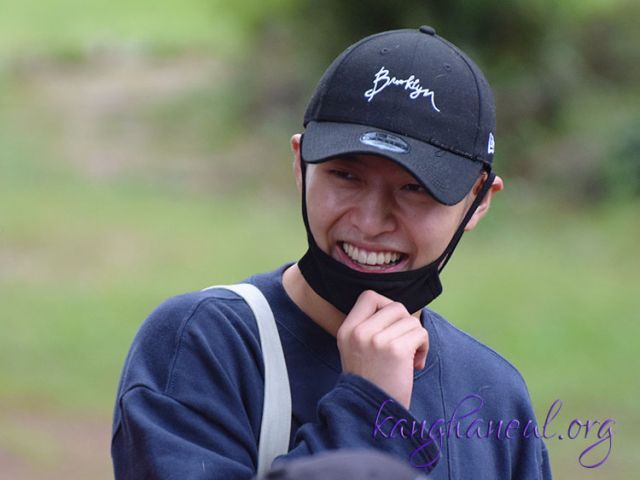 Korean actor Kang Ha-neul officially enlisted for compulsory military service on September 11, 2017. That morning the 28-year-old actor posted a heartfelt message on his instagram accompanied by several photos of his special haircut ceremony with his close friends.

In the message, the actor acknowledged his friends saying, "When I was a college freshman, I met these friends. When I was started to get older in college, I met some younger friends, too. Now I've known them for about eight or ten years".

"This is something I've thought about since long ago: 'When I enlist, I want each of my friends to shave a line of my hair.' And that's what we did it. This was truly a memory that will last a lifetime. To my friends, thank you so much". 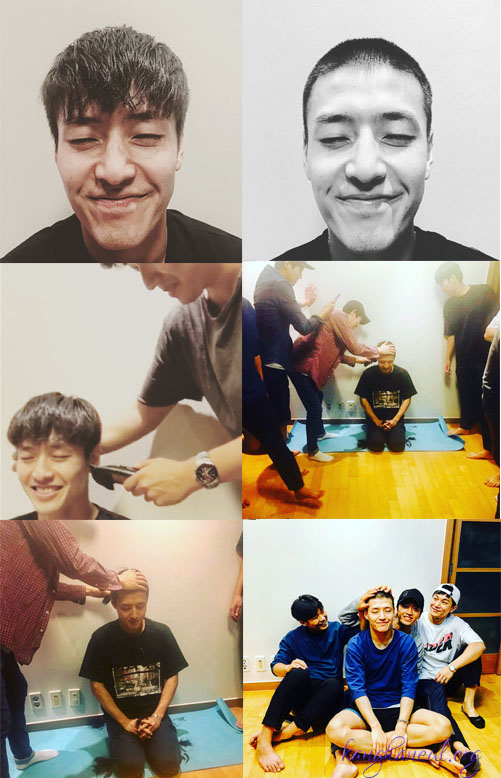 Such meaningful words of tribute to his friends demonstrate how Kang Ha-neul cherishes the friendships that he has formed in his college years. On his enlistment day, dressed in loose blue sweater, light green trousers and white running shoes, the actor was spotted in a relaxed and happy mood in the company of his buddies. Spending these last moments as a civilian with them exhibits the strong bond shared between these young men. Moreso, these friends selflessly and readily gave their time and energy to a mate who was about to embark on a very important milestone in his life. 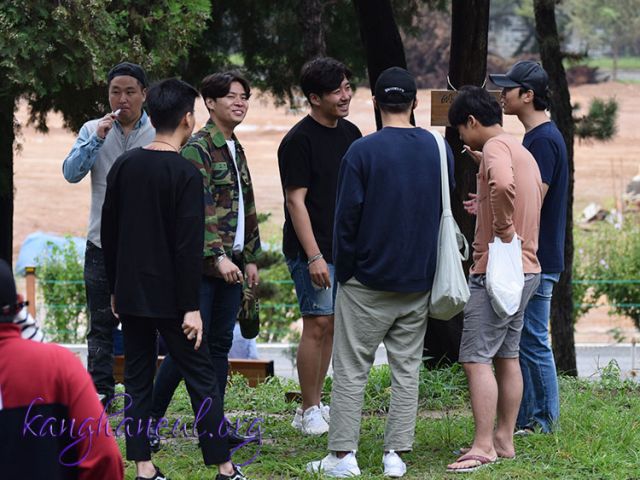 In a recent interview, Kang Ha-neul mentioned that all of his friends have already completed military service.  This is especially advantageous for the actor as he has a strong and solid support group that can empathize with him while on active duty. As any good friends would do, they surely have given him tips and insider knowledge on how to manage and survive well during the grueling twenty-one months of military service.

Kang Ha-neul will complete basic training at Nonsan Army Training Camp in five weeks, after which he will be deployed as member of the military police motorcycle unit at the Republic of Korea National Defense Command. He is expected to be discharged on June 10, 2019.

"Kang Ha-neul's friendship goals"
by HanCinema is licensed under a Creative Commons Attribution-Share Alike 3.0 Unported License.
Based on a work from this source