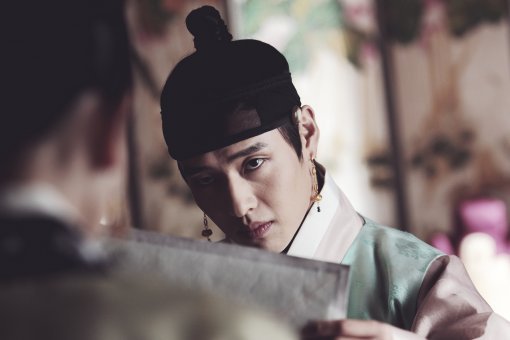 Kang Ha-neul's movie "Empire of Lust" is about the troubles of a Prince amongst the debate of who will be the next prince.

Kang Ha-neul's role of Jin is only grandchild to Jeong Do-jeon and General Kim Min-jae's son. He is also the son-in-law of Lee Seong-gye. He only searches for his pleasures.

Being the husband of a prince and son-in-law to a king, he looks like he could have tremendous power. However, the royal family and relatives are worried that he might get involved with politics. Also, his official 'interference' was banned. He couldn't have a concubine or visit gisaeng houses, so his life as a man was suppressed.

Jin was forcefully married into a position he never wanted. He fulfills his desires in all the wrong ways.

Kang Ha-neul takes off the righteous image and surprises the public this time. Jin, the corrupted son-in-law of the king, is nasty and sexy at the same time.

Kang said, "Jin has reasons for being bad. He wants to express his sensitivities and inferiority. I'm happy I can bring out the dark side of me. It was something I wanted to do".

Director Ahn Sang-hoon said, "Although Kang Ha-neul is young, he managed to express the complex a diverse sides of his character. I'm grateful to have him".

"Empire of Lust" will be released in March. 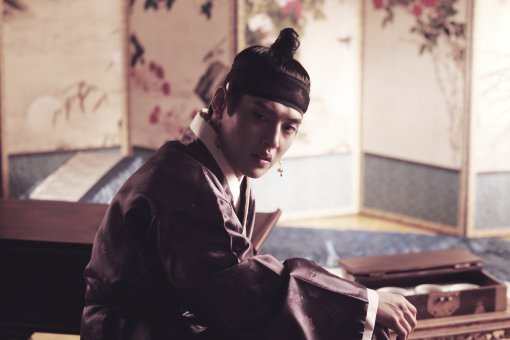 "Kang Ha-neul's mesmerizing eyes in upcoming movie "Empire of Lust""
by HanCinema is licensed under a Creative Commons Attribution-Share Alike 3.0 Unported License.
Based on a work from this source