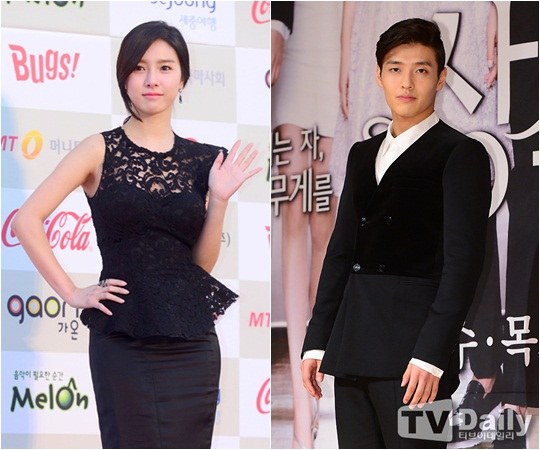 He attended the Media Day event for the movie 'Mourning Grave" on the 17th.

'Relationships' was a topic discussed among the young actors and actresses on this day. With many young star couples going public with their relationships, many of them are in their 20s.

Kang Ha-neul said, "I don't think that's a bad idea" when he was asked about going public. "I don't have a girlfriend now but when I do, I don't think it's a big deal to have an open relationship. I don't think there is a need to lie about seeing someone I like".

When he was told he looked good with Kim So-eun he said, "She's a really good friend. We have been friends since theater at Jungang University and I called her as soon as I heard she was going to be my co-star. I wanted her to be the one but I didn't pressure her to do it. I just told her to be sincere about her decisions. We know each other well so I have high expectations about us working together".

Meanwhile, Kang Ha-neul and Kim So-eun's new movie "Mourning Grave" is about a victim of school violence using another girl's powers to avenge her death. Jupiter Films is producing it and it is directed by Oh In-chun.

High teen stars are going to appear in the movie. Kang Ha-neul and Kim So-eun from last year's drama "The Heirs" and Kwak Jung-wook, Park Doo-shik, Kim Young-choon and others are starring in it.

"Kang Ha-neul's opinion about public relationships"
by HanCinema is licensed under a Creative Commons Attribution-Share Alike 3.0 Unported License.
Based on a work from this source