"Kang Ha-neul Was the Most Impressive Actor During the Shinheung Military Academy Audition",Says Shownote Executive 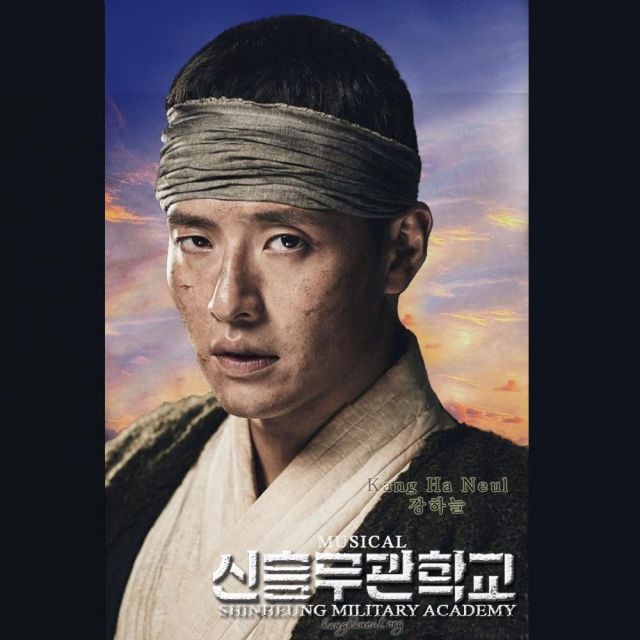 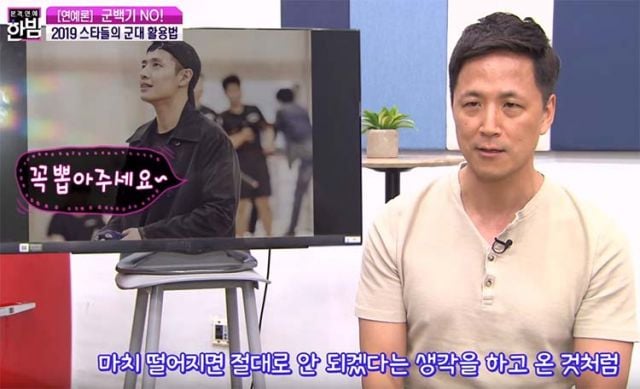 Mr. Song revealed, "Like any other musicals, auditions were held and cast members were selected after meticulous screening".

The Shownote executive explained that there was a particular actor who stood out among the soldiers who auditioned for the army musical. It was no other than Kang Ha-neul!

"The most impressive in this audition was Kang Ha-neul. He kept performing until he was told to stop. In his mind, he must have thought "I must pass this audition"." 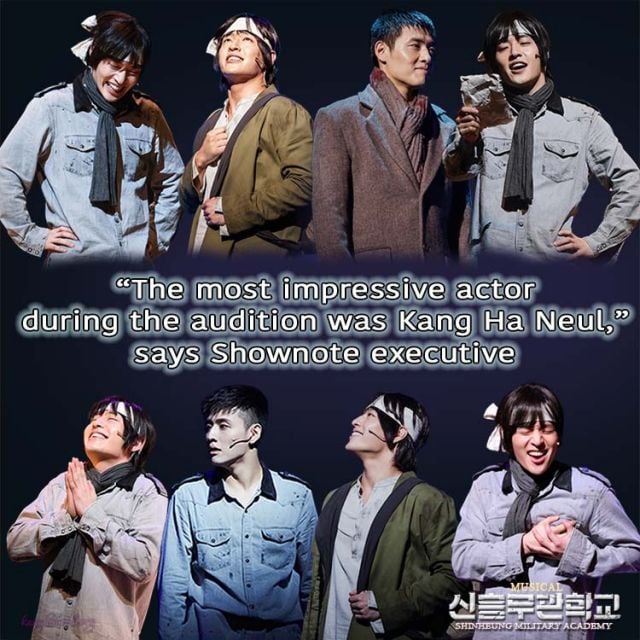 Yes, after three rounds of taking part in open auditions, Kang's hard work paid off. He landed the role of the fun and loyal Paldo who was never afraid to lay down his life for his friends and his country.

Portraying Paldo was not an easy feat as it was the most physically demanding role due to the running and fighting scenes. No wonder the actor was always drenched in sweat during the performance.

Paldo was also a breath of fresh air in the otherwise serious plot of the musical. His expressions, traits and exchanges with his friends never failed to bring humour and laughter to the audience.

For his excellent performance, Kang Ha-neul received a Best Actor nomination at the 7th Yegreen Musical Awards 2018. It was his first nomination as a musical actor. 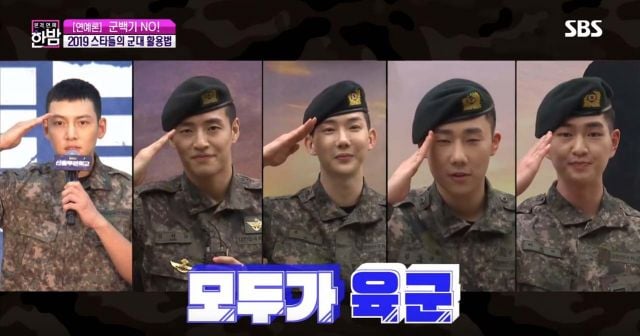 Musical Shinheung Military Academy tells the story of young patriots who fought to help Korea gain independence from Japan. It was a joint production of the Republic of Korea Army and Shownote. It was staged to commemorate the 70th founding anniversary of the Korean Armed Forces.

The musical was performed in 14 cities across South Korea from September 2018 to June 2019. In addition to Kang, other enlisted soldiers who performed are Ji Chang-wook, INFINITE's Kim Sung-kyu, Shinee's Onew and 2AM's Jo Kwon.

View the segment in the video below:

""Kang Ha-neul Was the Most Impressive Actor During the Shinheung Military Academy Audition",Says Shownote Executive"
by HanCinema is licensed under a Creative Commons Attribution-Share Alike 3.0 Unported License.
Based on a work from this source