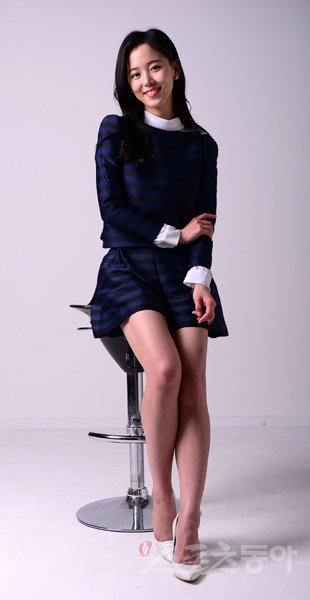 Actress Kang Han-na writes in two journals every day. One is a journal for the actress and one is a personal daily one. It's a habit from university. She even wrote another diary while she was filming the movie "Empire of Lust". This would be impossible without passion for her work.

She learned endurance through ballet. She's the last one out of three sisters and started to learn ballet along with her sisters when she was 5 years old. Ten years after learning ballet she reached a wall and realized she couldn't step over the boundary. Quitting ballet was how she started to act.

"Ballet is like acting without lines. It expresses feelings through music".

On the 5th of March, 2005 when she was in 10th grade, Kang Han-na applied for acting school. She still remembers the excitement she felt when she first attended her acting class and exactly 10 years from then, she's landed herself in the first lead role of "Empire of Lust".

"I was writing in my journal when I realized that the 5th of March is a very special day for me. It took me 10 years for this day to come".

Kang graduated from the Theater Department in Jungang University but took 2 years off from her schoolwork. "That was when I was into independent films. There were so many of them that I only remember up to the 24th one".

"I watched an independent film for the first time when I had just entered university. I didn't know the difference between commercial movies and independent ones. It was appealing how the director and the actor or actress spread out their stories in independent films. I was mesmerized and began looking for a crew".

Not only that, she appeared in several theatrical plays during her school years. Her performance in "Empire of Lust" must come from experiences like this.

Based in the early days of the Joseon establishment, "Empire of Lust" is about a woman who looks through three men who are all passionate about different things. Kang Han-na takes on the role of Ga Hee and stars with Shin Ha-kyun, Jang Hyuk and Kang Ha-neul.

Like every other rookie, she went through various auditions to get to where she is. When the judges asked her to show anything else she's got, she boldly said, "I will make it happen no matter what". That shows how confident she is.

She even exposed herself in the movie but that wasn't a problem for her. She says it was 'pressuring' but she didn't hesitate. Apparently, friends of hers who watched the movie claimed that it was good because she didn't seem like herself.

"I hear that I'm more mature than my age. I like writing letters instead of e-mails. I accept the job of an actress who acts out the life of a person, to be mighty". 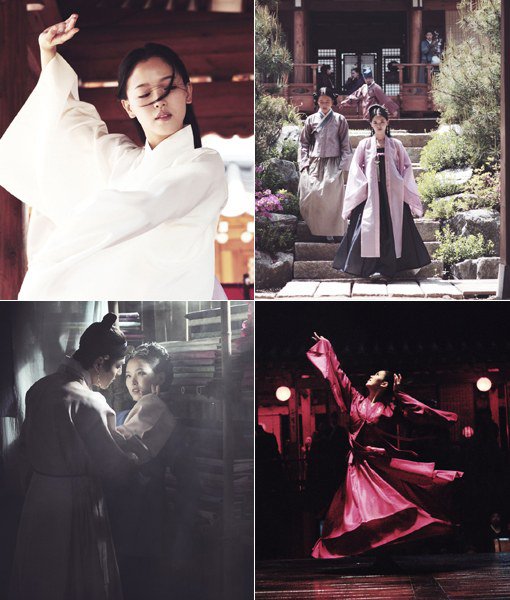 "Kang Han-na, "It took me 10 years""
by HanCinema is licensed under a Creative Commons Attribution-Share Alike 3.0 Unported License.
Based on a work from this source