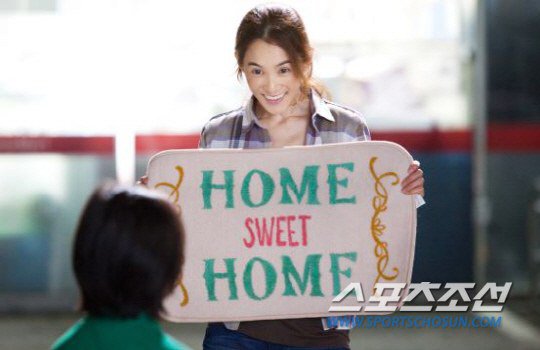 Kang Hye-jung is coming back for the first time after 5 years.

She's starring in the movie "A Perfect Way to Steal a Dog" as a mother this time. A little girl plans on stealing a dog to find her father who's disappeared. It's based on a best seller written by Barbara O'Connor and the first Korean movie based on an English written novel.

Kang Hye-jung takes on the role of an immature mother Jeong-hyeon who suddenly becomes the leader of the family when her husband disappears. She quarrels with her 10-year-old daughter all the time but in the end, she transforms into one of the best mothers there is.

This is Kang Hye-jung's first 'motherly' role and as a real mother with a daughter named Haru, Kang Hye-jung said, "I've been seeing children differently ever since I've become a mother. It was easy for me to act out this character as I am a mother of a real child. Also, the scenario was very appealing from the beginning".

"Kang Hye-jung to make first comeback after 5 years"
by HanCinema is licensed under a Creative Commons Attribution-Share Alike 3.0 Unported License.
Based on a work from this source