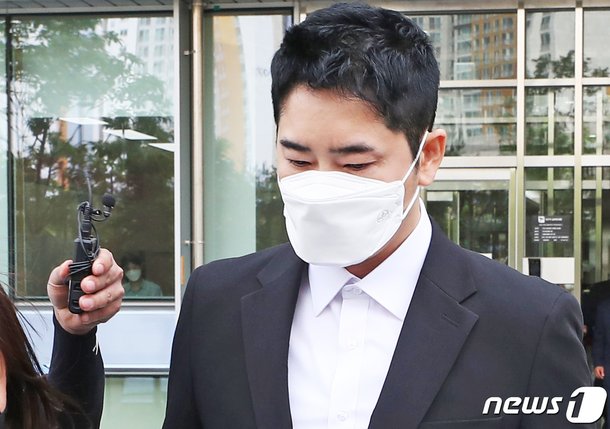 Actor Kang Ji-hwan (43, real name Jo Tae-kyu), who was handed over to trial on charges of sexual assault and sentenced to a suspended prison term in the first trial, was sentenced in a second trial.

The first criminal division of the Suwon High Court held an appeals court hearing on Kang Ji-hwan, who is accused of attempted rape under the Special Act on the Punishment of Sexual Violence Crimes, on the afternoon of the 11th.

Earlier in December last year, the court sentenced Kang Ji-hwan to two years and six months in prison with a three-year stay of execution. It also ordered 120 hours of community service, 40 hours of sexual violence treatment programs, and three years of employment restrictions on child and youth-related institutions and welfare facilities for the disabled.

Kang Ji-hwan was indicted on July 9th last year on charges of entering a room where two outsourced staff women were sleeping at his home in Gwangju, Gyeonggi Province, sexually assaulting one and sexually harassing the other. After the first trial ruling, the prosecution and Kang Ji-hwan appealed to each other.

On the other hand, Kang Ji-hwan's lawyer denied allegations of quasi-compulsory harassment. Kang Ji-hwan said in his final statement, "I sincerely apologize to the victims who are hurt and suffering due to me. I've been running to look good to many people over the years", he said. "But I'm so ashamed of myself right now. I'll live with my head down and reflect on myself for the rest of my life", he said.

Kang Ji-hwan, born in 1977, made his debut in 2001 with the musical "Rocky Horror Picture Show". He gained popularity for his first lead role in MBC's daily drama "Be Strong, Geum-Soon!" and has appeared in a number of dramas, including "90 Days, Time to Love", "Capital Scandal", "Hong Gil Dong", "Coffee House", "Lie to Me", "Incarnation of Money" and "Monster - 2016".