Kang Ji-hwan Admits to Sexual Assault Charges, Claims Regret and No Memory of the Incident 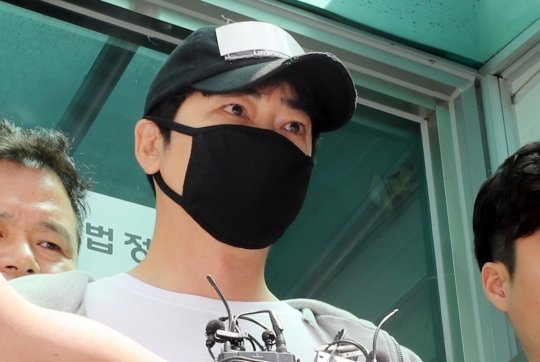 Actor Kang Ji-hwan admitted to all charges made on him for sexual assault.

The first hearing on Kang Ji-hwan, who was indicted on charges of sexual assault and sexual harassment of two women staff members, was held on the 2nd.

He admitted to mostly all the charges and said, "I don't remember, but I think I have made a mistake and regret my actions".

The actor is being charged with raping one and sexually assaulting another woman staff member. He denied the charges saying he doesn't remember, but admitted to them during investigation.

Kang's lawyer said, "The defendant is accepting most charges and he's deeply sorry. He will do his best to comfort the victims with his painful remorse and apology. He is also going to compensate them in whichever way possible".

Meanwhile, one of the victims was diagnosed with a two-week injury, and both are reportedly undergoing psychiatric treatment.

The next trial will be held on the 7th of October.

"Kang Ji-hwan Admits to Sexual Assault Charges, Claims Regret and No Memory of the Incident"
by HanCinema is licensed under a Creative Commons Attribution-Share Alike 3.0 Unported License.
Based on a work from this source