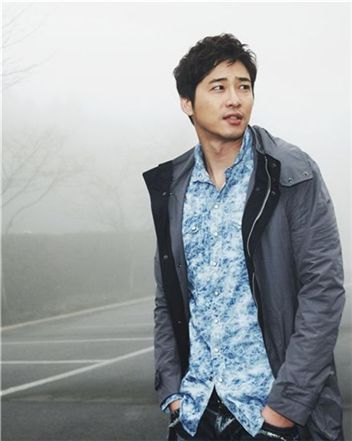 Korean actor Kang Ji-hwan has denied recent rumors that he has been dating actress Jang Hee-jin for a year, according to his agency on Friday.

"There has been a lot of inquiries from reporters but it is not true", an official at his agency said in a phone call with Asia Economic Daily today.

Recently, a monthly women's magazine in Korea reported that the actor had met Jang in 2008 while working on the film "Rough Cut" and the two had been dating for a year.

The magazine even went as far as to explain that the two usually met at Kang's house in Apkujung-dong, quoting a source close to the stars who said "they became very close while shooting the movie".

He is scheduled to appear in the upcoming SBS TV series "Coffee House" opposite actress Park Si-yeon.

"Kang Ji-hwan denies dating actress Jang Hee-jin "
by HanCinema is licensed under a Creative Commons Attribution-Share Alike 3.0 Unported License.
Based on a work from this source