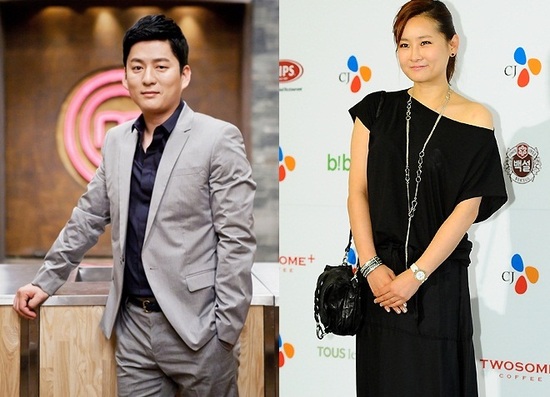 Chef Kang Leo and singer Park Seon-joo got married in June this year and are becoming parents in February.

Park Seon-joo's agency announced that she is currently 5 months pregnant.

According to her agency, Park knew she was pregnant but only told friends and family about it later considering her age and health conditions.

The two are very happy at the news and Park is taking it easy at the moment.

They set up their new home in London but are back in Korea for the time being and they will be returning to London in October.

"Kang Leo becomes a father, Park Seon-joo 5 months pregnant"
by HanCinema is licensed under a Creative Commons Attribution-Share Alike 3.0 Unported License.
Based on a work from this source