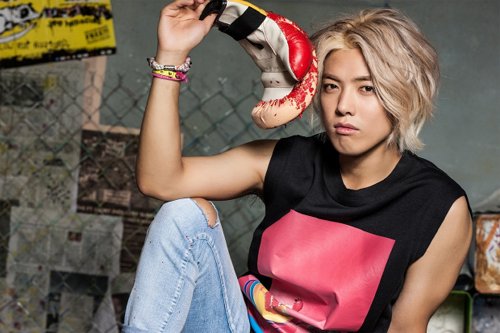 It comes nine months after his first solo single was released.

A couple of recent TV appearances, rather than his songs, brought Kang-nam sudden popularity, as viewers took to his friendly and extroverted personality.

Despite being busy with other engagements, Kang-nam was actively involved in the making of the album and in writing the lyrics.

"Kang-nam Releases Solo Album"
by HanCinema is licensed under a Creative Commons Attribution-Share Alike 3.0 Unported License.
Based on a work from this source