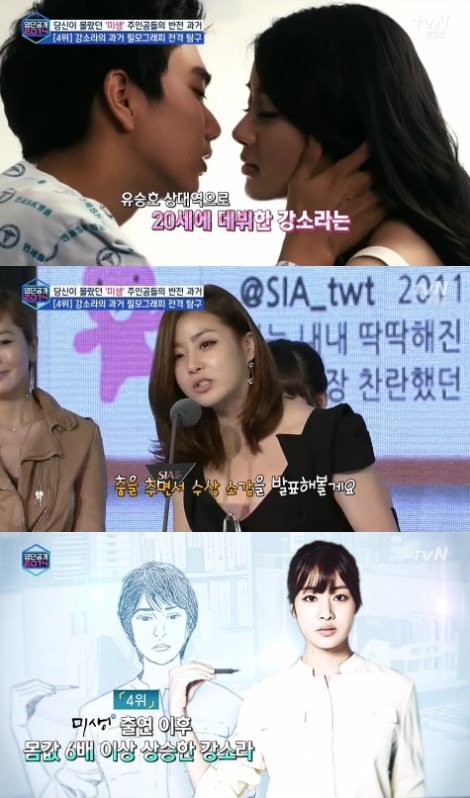 Kang So-ra's jump in value is garnering a lot of attention.

The December 15th episode of tvN eNews depicted the unexpected, hidden, past lives of the lead actors from "Incomplete Life".

Kang So-ra debuted in her first movie, '4th Period Mystery', when she was 20 years old. Her costar was Yoo Seung-ho. Her youthful appearance in the movie drew public interest.

The show also portrayed Kang So-ra's successful weight loss through ballet and diet. She is now 48 kg and 168cm.

At the 2014 MAMA event, she wore a 39,000 won dress, which lured praise from the public. At the time, Kang So-ra boasted her perfect figure in her thrifty dress. Kang So-ra's value increased 6 times after she appeared on "Incomplete Life". She has acquired at least 10 TV commercial campaigns since. The show valued Kang So-ra at 300 million won per work annually (~US$300,000).