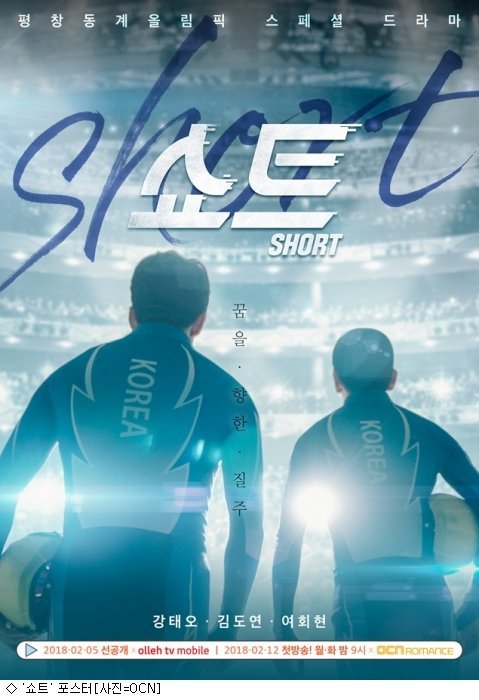 OCN is coming out with a sports drama based on the most popular winter sport, short track.

"Short" is a youthful drama about Kang Ho-young (Kang Tae-oh), a hidden talent in the world of short track, Park Eun-ho (Yeo Hoe-hyun), the only son of a prestigious sports family, and Yoo Ji-na (Kim Doyeon) who is loved by both of them.

OCN has released a relay of romantic dramas such as, "My Secret Romance", "Melo Holic" and "Longing Heart". It released these dramas in a new 'cross platform' method which shows the drama on mobiles first and TV later.

The same goes for "Short" as it will be released on KT Olleh TV Mobile and OCN together for 2 weeks from the 12th at 21:00 KST.

The KT Olleh TV Mobile version has already been introduced on the 5th. 15 minutes long and 14 episodes long, "Short" can be seen every day for 2 weeks until the 18th every morning at 11:00 KST.