Kangta to Begin Serving in Military From Next Month 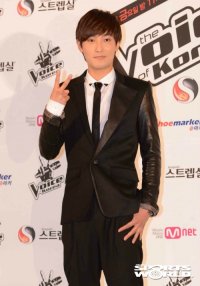 Kangta, a former member of the Korean pop group H.O.T renowned for his chiseled features and sweet ballads will leave his fans to serve in the military, according to his management agency.

"Kangta will leave on April 1 and serve in the army for two years", SM Entertainment said Monday.

The former H.O.T member and now solo singer is preparing a new album and even a concert for his fans before he says good-bye.

According to the agency, the singer will release his latest album, "Eternity", and hold a concert at Yonsei University's main auditorium March 29. The album will be his first in three years. He held his last solo concert five years ago.

One of the most popular members in the boy band H.O.T, which disbanded in 2001, he has continued his stardom as a solo singer not only here but also in China. He released three albums and also formed a duo with Taiwanese singer Vanessa Wu in 2006. The singer was invited with Chinese singer Zhang Li-yin to hold a concert for the success of the Beijing Olympics last year.

"Kangta to Begin Serving in Military From Next Month"
by HanCinema is licensed under a Creative Commons Attribution-Share Alike 3.0 Unported License.
Based on a work from this source