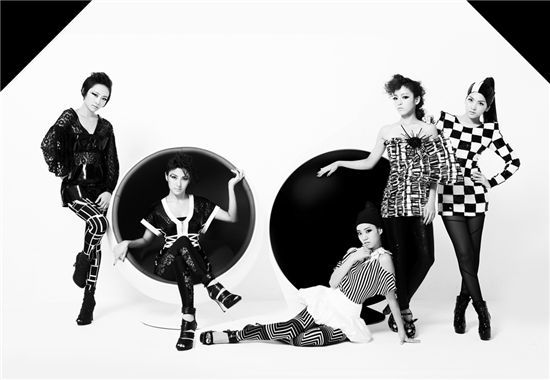 Kara's agency DSP Media announced through a press release on Thursday that "JUMPING", the girls' second mini-album in Japan, placed fifth on the chart yesterday, on the day it went on sale in the country.

Kara has led a successful singing career in Japan, seeing their first Japanese single "Mister" landing at No. 5 on both Oricon's daily and weekly chart and then second on both charts with their best album "Kara BEST 2007-2010".

Five-member girl group Kara is currently in Japan promoting "JUMPING" but will return to Korea on November 15 to promote the same record as their fourth mini-album back home.

"Kara's new album "JUMPING" places fifth on Oricon Chart"
by HanCinema is licensed under a Creative Commons Attribution-Share Alike 3.0 Unported License.
Based on a work from this source