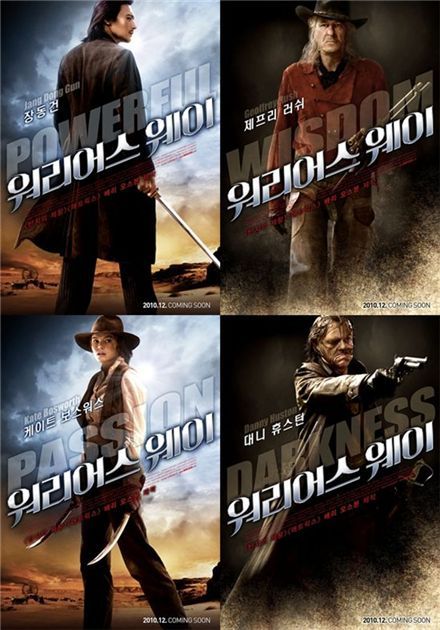 According to the film's local distributor SK Telecom on Wednesday, the blonde actress will meet with local media for a press conference and attend the world premiere of "The Warrior's Way" to be held at the Megabox theater in COEX shopping mall on November 22.

Kate Bosworth, Jang and director Lee Sngmoo will also hold a fan meeting the following day at the CJ CGV theater in Yeongdeungpo.

"The Warrior's Way", helmed and written by Lee Sngmoo, is a Western fantasy film about a swordsman named Yang (Jang) who flees to a forgotten American town in the west to escape his bloody past but gets caught up in a battle with a local group of bandits.

The film, whose distribution rights were bought by American firm Relativity Media, co-producers of Hollywood blockbusters "Salt" (2010) and "Public Enemies" (2009), was introduced at the Pusan International Film Festival.

"The Warrior's Way" will be released simultaneously in the United States and Korea (December 2 in Korea time) on December 3.

"Kate Bosworth to visit Korea this month"
by HanCinema is licensed under a Creative Commons Attribution-Share Alike 3.0 Unported License.
Based on a work from this source