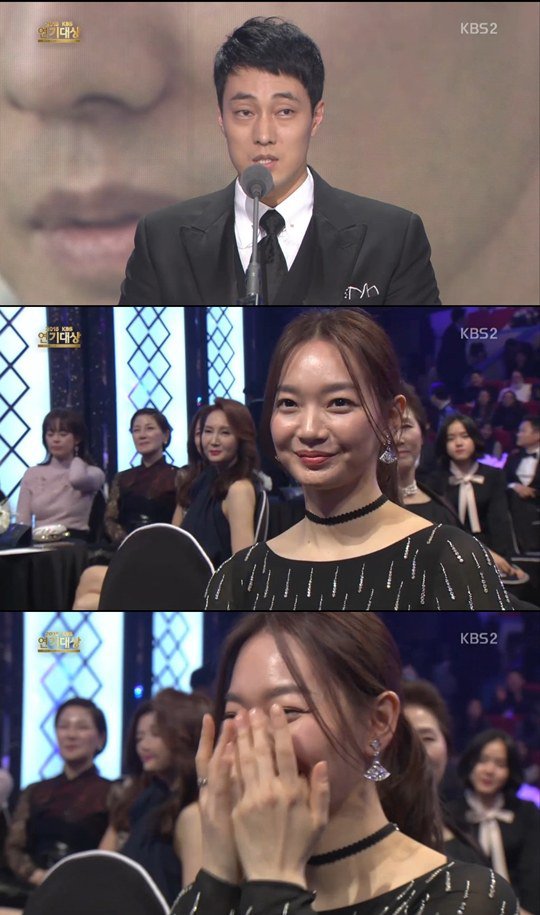 He said during the acceptance speech, "I'm so happy that I could play the role as Kim Yeongho. I'd like to thank all the staff members, who must be working hard somewhere even now".