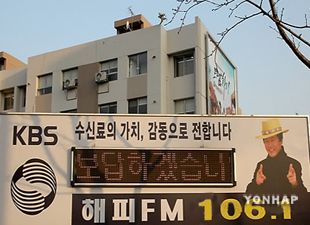 A KBS research institute on broadcast culture has surveyed 26-thousand listeners of KBS FM Radio on their all-time favorite song.

The online survey was conducted to mark the 46th anniversary of KBS FM this Sunday.

"A Lovesong" by Lee Mun-se came out on top as the favorite Korean pop number, while the Beatles' "Yesterday" was the number one foreign pop song.

Eighty-nine Korean songs and 46 foreign pop melodies cited in the survey will be introduced and played through four KBS FM radio programs on Friday.