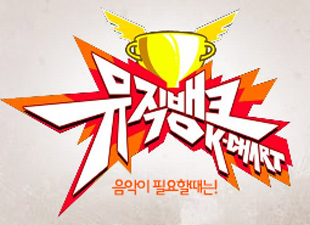 Since many Hallyu fans can't come to Korea, KBS's Music Bank is bringing it to them!

It will all start off in New York, where Music Bank will take place in the US sometime in October. The next stop will be China in November, Vietnam and Europe the following year in 2012. As anyone who's watched an episode of Music Bank would know, the show is a bunch of the kpop artists, including both fresh-faced rookies as well as old-time favorites, performing on one stage one after another.

The director, Jun Jin-gook talked about how Music Bank China will be held in conjunction to the Chinese Gayo Festival. The festival has been an ongoing event for the past 10 years. In Vietnam, the Music Bank concert comes at the perfect timing of celebrating the 20th diplomatic relation anniversary. KBS has been keeping a close eye on the spread of Hallyu to Euroope as well, so a concert in that region is not out of the question. Director Jun went as far as to reveal that local concert reps from Europe have been visiting KBS in efforts of organizing a concert.