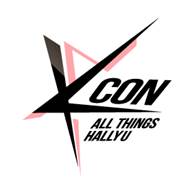 Bekkah (formally of After School) also Scheduled to Participate

As tickets for KCON 2013 go on-sale today, North America's first and largest Korean pop culture convention announced that TEEN TOP will be one of the six groups to perform at this year's two day convention and concert. The line-up already includes EXO and 2AM. Tickets can be purchased through the KCON website here. Additional announcements surrounding the artists including headlining acts attending KCON 2013 will be shared in the coming weeks.

Tickets for the star-studded event at the Los Angeles Memorial Sports Arena range from $60 to $300 for varying admittance to the six act concert, the convention floor and VIP access areas. More information and access to the ticket vendor can be found at www.kconusa.com.

With six members ranging in ages from 17 to 20, TEEN TOP has consistently brought infectious pop singles to the K-Pop scene since their 2010 debut under T.O.P. Media. Recently coming off a successful first European tour, KCON 2013 will be the all-male band's first trip to the United States to perform. TEEN TOP released their first full-length studio album, No. 1, in February of this year.

More details about additional stars scheduled to participate will be announced leading up to the convention. That list already includes Bekkah, formerly of the girl group After School, who will give fans a sneak peek behind the scenes as she hosts a panel titled, "Day in the Life of K-Pop Artist".

KCON is set to take place on August 24 and 25 at the Los Angeles Memorial Sports Arena in Los Angeles, California. The concert will also be the first ever U.S. taping of the #1 K-Pop countdown show, M COUNTDOWN. For more information and updates, please visitwww.kconusa.com.

KCON is produced by Mnet America (www.mnetamerica.com), a youth entertainment brand for all things Asian cool, which includes the biggest national, English-language lifestyle TV network in the U.S. for fans of Asian pop culture. Mnet America is a division of CJ Group; Korea's leading lifestyle and culture company.

EXO is a 12 member group produced by SM Town that is divided into two subgroups, EXO-M and EXO-K, each singing respectively in Mandarin and Korean. All 12 members will be attending KCON 2013. Since debuting last year, EXO has exploded to become one of the most successful and popular groups in K-pop. Released earlier this year, their first full length, XOXO, topped the Billboard World Album Chart. Their current single, Wolf (EXO-M and EXO-K) has a combined total of more than 10 million views on YouTube and continues to grow. A special greeting from the group can be seen here.

2AM is a four piece group commonly known as K-Pop's #1 ballad vocal group. Debuting in 2008, the band is currently celebrating their five year anniversary. In March, 2AM released their most recent album "One Spring Day" reaching #1 on multiple international charts.

KCON is the first ever large-scale convention dedicated to 'All Things Hallyu'. The convention was launched in 2012 to establish an annual flagship event that will improve the American K-Pop and Hallyu fan experience by providing a way for fans to connect with each other as well as artists and professionals in the K-pop industry.

KCON 2012 surpassed expectations in all aspects including the achievement of over 10,000 fans attending the convention, 6.5 million people reached on Facebook, and ranking in the top 10 Twitter trending topics worldwide. The Official KCON 2013 poster and photos from KCON 2012 can be found here and here.