KCON 2014 Comes Straight to Your Fingertips with Docu-Series 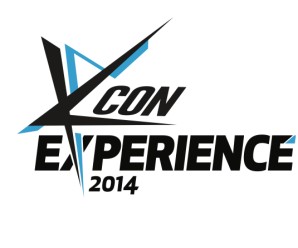 KCON (www.kconusa.com), the largest annual fan celebration of Korean entertainment and culture, announced that every aspect of KCON 2014 will be showcased exclusively on Mnet America's website www.mnetamerica.com and their YouTube page through the docu-series -KCON Experience 2014 – airing now. If you can't come to LA for KCON, Mnet America is bringing all the excitement to you.

With The KCON Experience 2014, hosted by Christina Lee, and Stefanie Michova and Jackie Liu (Amber from f(x)'s older sister) will give fans an opportunity like never before. Fans can nab front row seats to watch the action-packed KCON 2014. Follow all the biggest stars of K-Pop and K-Drama as they arrive at LAX from Korea, attend their fan meet-ups and perform at MCountdown "2Nights in LA" and more. The cameras will also give viewers and up-close look at KCON's massive convention with twice the amount of panels, workshops and outdoor stage performances. Every piece of KCON 2014 will unfold with the click of a button!

During the series, viewers will have the chance to vote for their favorite member on the KCON EXPERIENCE Facebook page; win giveaways and more.

"KCON 2014 Comes Straight to Your Fingertips with Docu-Series"
by HanCinema is licensed under a Creative Commons Attribution-Share Alike 3.0 Unported License.
Based on a work from this source