KCON, the world's largest Korean pop culture convention, to take place on 22-23 September with famous K-pop artists including EXO, Wanna One and more.

Check out all the info you need to know right here!

One of the superstar bands of global K-pop EXO is the headline act at KCON 2017 AUSTRALIA, leading a stellar line-up of nine acts.

KCON Australia 2017 will take place only in Sydney over two days at Qudos Bank Arena. 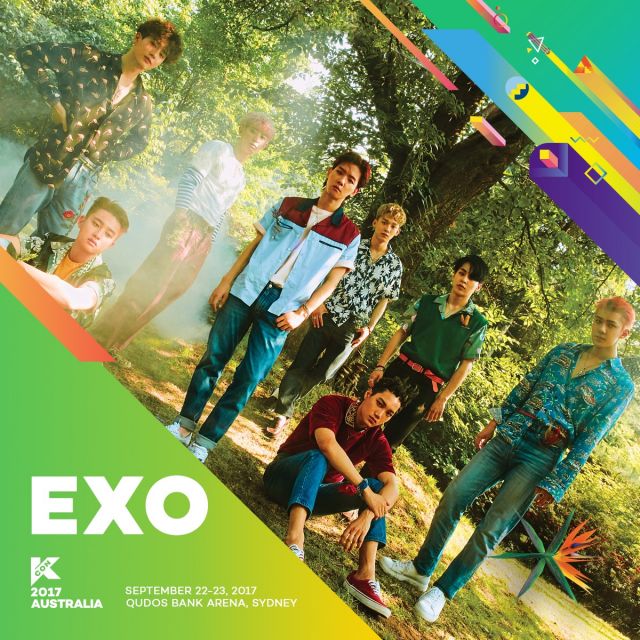 Rated by many as the hottest K-pop band in 2017, EXO has sold over 3 million units since bursting on to the scene in 2012. The band's third album 'EX"Act" with title songs 'Lucky One' and "Monster" was last year ranked #1 on the Billboard World Digital Songs charts.

The spectacular event on 22 and 23 September will showcase everything about Korean culture and lifestyle including K-fashion, K-beauty, K-food, K-dance, K-drama by day, and then unleash the exhilarating high-energy sights and sounds of top K-pop artists by night.

Shin Hyung Kwan, President of CJ E&M Music Contents Business Division, in charge of KCON said: "KCON has become one of the world's biggest cultural conventions attracting over 460,000 fans worldwide. As its first time meeting Australian fans, we are driving ourselves to launch amazing festival to satisfy the expectations of Australian fans".

"We assure K-pop fans that the two-day event will bring excitement and enjoyment from KCON's unique offerings – workshops, panels, exhibitor booths, experiences of diverse Korean culture from food to fashion during the day and concerts at night – all in one place". 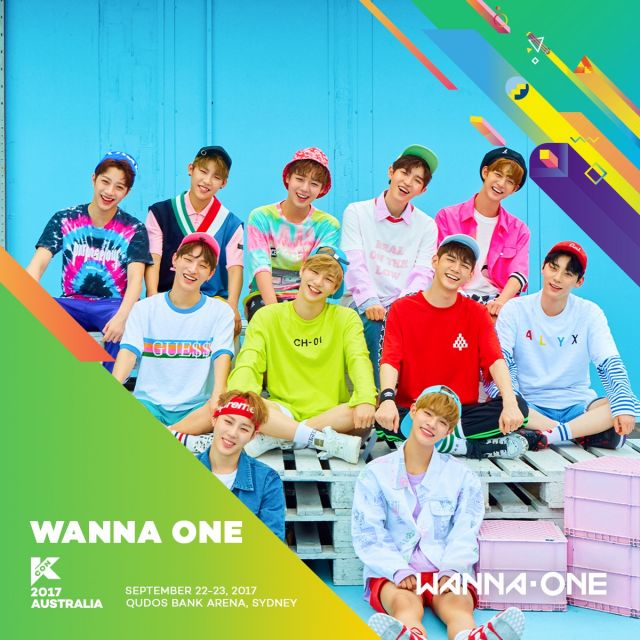 KCON, the world's largest Korean pop culture convention and music festival, is coming to Australia for the first time. In recognition of KCON Australia 2017's international stature, the
NSW Government's event and tourism agency Destination NSW is today announced as a strategic partner.

Destination NSW Chief Executive Officer Sandra Chipchase said: "KCON has become a global phenomenon and we are delighted to be supporting Australia's inaugural KCON in Sydney this September. Showcasing the best in Korean pop culture and music, KCON is set to be an unforgettable high-energy event for Australian fans of all ages".

TEG CEO Geoff Jones said he was thrilled by the incredible line-up for KCON 2017 AUSTRALIA and delighted to have Destination NSW on board.

"We always wanted to present an all-star line-up for the first ever KCON in this country and securing EXO among nine amazing artists is mission accomplished", said Jones.

"This is a truly global event and we thank Destination NSW for their backing that will maximise the event and tourism benefits for Sydney and NSW".

Ticket prices are now confirmed for the general public at 2PM Monday 14 August. For tickets, go to www.ticketek.com.au.

KCON has grown exponentially to become the undisputed epicentre for all things Hallyu (a.k.a The Korean Wave). KCON first began in California in 2012, and the festival began to expand in earnest last year, holding KCON UAE (Abu Dhabi), France (Paris), Mexico (Mexico City), Japan (Tokyo) and US (New York, Los Angeles). In total KCON attracted more than 460,000 Korean culture fans around the world over the past six years.

The KCON 2017 festival will operate under the banner theme of "Let's KCON", which underlines the festival's essence – present since its inception – to promote interactive engagement between the fans themselves, between fans and the stars, and between fans and the multi-faceted cultural phenomenon of Hallyu.

For further ticketing information, artist line up announcements and everything about KCON, fans are invited to visit www.ticketek.com.au or mwave.interest.me/kcon-australia, and follow the Ticketek and KCON Australia Facebook page (facebook.com/LetsKCONAustralia)

CJ E&M is Asia's leading content and media company headquartered in Seoul, Korea. Since 2011, with five main business units -broadcast, film, music, live entertainment and animation, CJ E&M is contributing to promote Korean culture around the world, through the company's 'One Source, Multi-Content' strategy. As a trend leader in Asia, CJ E&M has produced and distributed various popular content, some of which include Asia's largest music festival Mnet Asian Music Awards (MAMA), leading Hallyu convention KCON, Tony Award-winning musical Kinky Boots, record-breaking box office hits Roaring Currents(2014), Ode to My Father (2014) and Veteran (2015), along with sought-after television programs such as Goblin: The Lonely and Great God, The Legend of the Blue Sea, Grandpas over Flowers and more. With regional offices in Asia and the U.S., CJ E&M currently employs over 2,000 people worldwide, and is traded on KOSDAQ under the ticker 130960. For more information, please visit: http://en.cjenm.com