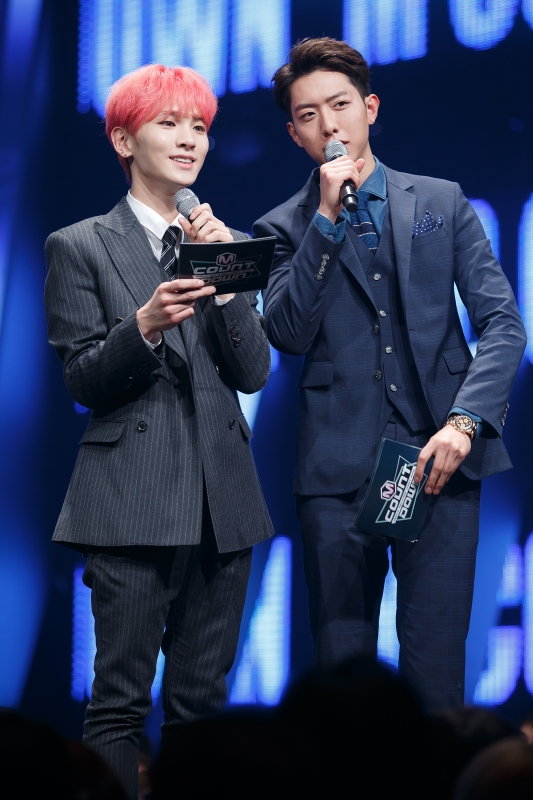 Performing artists for the latest installment include SHINee, Got7, Super Junior D&E and Son Ga-in.

Key and Jung-shin's first hosting of the show was aired live on Mnet at 6 p.m. (KST), Thursday March 19 in Korea. To celebrate their new gig on Mnet, SHINee performed 'Love Like Oxygen', a hit song from the boy group's debut album released seven years ago. Lee Jung-shin also sang a solo cover of Korean American artist George Han Kim (or Kim Jo Han)'s 'I Want To Fall In Love.'

Meanwhile, on Thursday, Got7's BamBam and "Jr". also began their role of supporting the new emcees to help keep the show more entertaining and lively.

Key says, "I'm thrilled to meet our viewers every Thursday. I promise to present the best of K-pop performances by awesome artists and musicians".

Jung-shin says, "I'm happy and excited to host M COUNDOWN, which is loved by so many K-pop fans around the world. Key and I will be good partners in presenting the show".