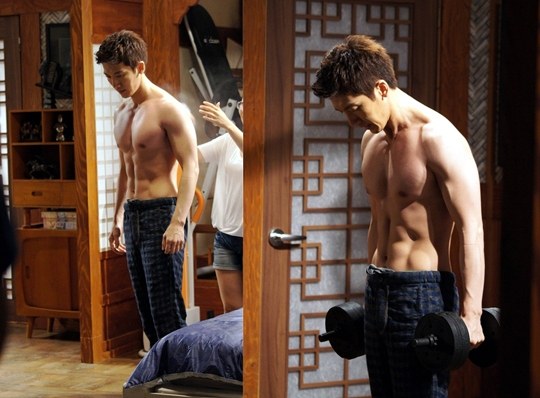 Actor Ki Tae-young has been working out.

Ki Tae-young is starring in the MBC weekend drama "Scandal" as star lawyer Jang Eun-joong. Being the son of a plutocrat named Jang Tae-ha (Park Sang-min), he is complete with looks, background, talent and quality and that's why his father wants to make him the future president.

This time, Ki Tae-young is a wild man. A picture of the actor was revealed recently, with his shirt off.

The picture reveals the curvy muscles on his chest and obvious six pack. This appearance is very unlike the typical image of a lawyer. Ki Tae-young also has no history of ever exposing his body like this before so it's something everyone is seeing for the first time.

Ki Tae-young's hot body can be seen on the 20th.

"Ki Tae-young's amazing body"
by HanCinema is licensed under a Creative Commons Attribution-Share Alike 3.0 Unported License.
Based on a work from this source