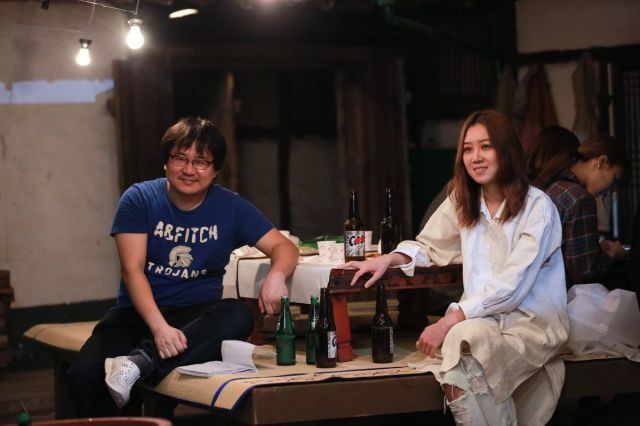 Directing dramas is a pretty new career for top K Drama director Jin Hyeok ("Doctor Stranger", "City Hunter", "Master's Sun", "Prosecutor Princess", "Shining Inheritance") – who until a few years ago was working in finance for a large Korean corporation. K Drama Insider spoke to him during the filming of '"Doctor Stranger"' – during a rare day off. "Today wasn't an indoor shooting day it was a location shooting day. The crew had been working so hard for the past couple of months, they were very tired". Jin Hyeok explains. "It happened to rain and so I said 'what the hell' let's just take some rest". He went onto explain that the cast and crew can take the occasional day off before a show starts airing - but once the episodes of a new drama start re being aired on Korean tv they have to work non-stop. Hyeok personally works at least 18 hours a day when one of his show's is airing – and gets just 3 to 4 hours sleep a night.

In episode one of the new podcast K Drama Insider – which focuses on locations used in K Dramas, Director Hyeok says he has two main criteria for choosing particular outdoor locations for his drama shoots "…good natural light, that's the most important thing for me. I believe that light is the most important factor in terms of camera and imagery. And then the atmosphere of the location is very important – more important than the reality of the location". He explains that for the location of the home of the character of Steve Lee (Lee Min Ho's father in that series) he chose a place that wasn't actually a house "It was a restaurant, but I chose it because there were so many windows that would gather light, reflecting off the Han River". As for his two favorite outdoor location shooting spots, Jin Hyeok says that one is from Episode 3 of "City Hunter". "One of the city parks has a number of fountains with jets of water coming out of the ground. I love that place - I actually go there a lot with my family and play with my kids there!" For the so called Blue House of Korea (the Korean 'White House') instead of going there Hyeok used the beautiful botanical gardens of Byeokchoji outside Seoul "it's a really lovely natural place - that's my second favorite drama shooting location so far" Hyeok says.
The most difficult challenge for the director when he's on location is not what you might think! "It's drunk people – there are always, always a lot of drunk people around when we shoot - I arrived at the location and they just do whatever they want". Hyeok says this is a particular problem when they have night scenes to shoot – and it proved a challenge during shooting of some of the scenes in "Doctor Stranger". To make life easier the crew shoot almost all of the indoor scenes on sets, Hyeok says – and he has a lot of involvement in that too "… I design a lot of the sets myself to reflect the concept of the drama – and a lot of them are connected to an outdoor location so that we can easily move quickly from shooting the indoor to the outdoor scenes. In one scene from the drama '"Master's Sun"' the main female character sees a ghost - I picked that female character's room so that it was located right behind a church – I love that kind of irony … that a woman who sees a ghost is living next to the church".
Later in the interview Director Jin Hyeok talks about the issue of fans showing up at locations shoots and whether that's a problem for the cast and crew. He also talks about where he went to create the look of the North Korean scenes in "Doctor Stranger" … as well as what type of drama – and which actors – he like to work with next.