"Kill Me, Heal Me" ends in second place 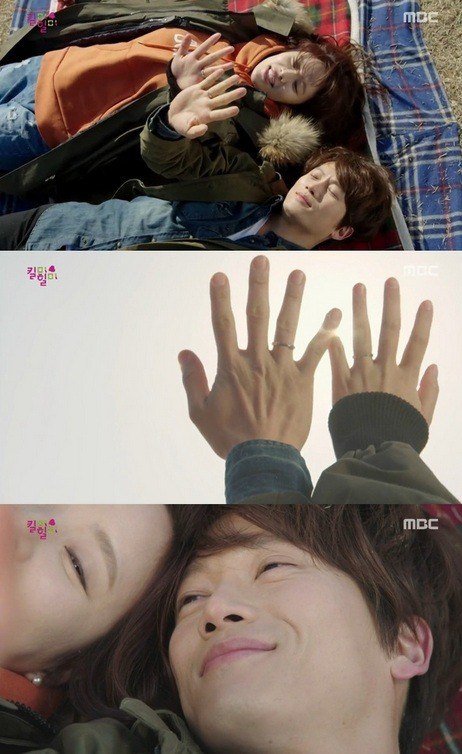 According to Nielsen Korea, the final episode of "Kill Me, Heal Me" rated 9.4%. This is 0.2% higher than the previous episode.

The final episode Cha Do-hyeon (Ji Sung) with all of his 7 personalities fused and Oh Ri-jin (Hwang Jung-eum) next to him.

Cha Do-hyeon presented her with a couple ring. She said, "It's going to interfere at work" but she liked it and put one on Cha Do-hyeon's finger.

Cha Do-hyeon narrated, "Everyone has a basement in their hearts. If they are just left alone to be watched the darkness will get deeper. If your alone of being alone you can always take someone's hand. I'm not afaird when I'm with you".

Coming up next is "Angry Mom". Jo Kang-ja (Kim Hee-sun) was a gangster teenager back in her days and goes back to school to face the realistic problems of school violence.

""Kill Me, Heal Me" ends in second place"
by HanCinema is licensed under a Creative Commons Attribution-Share Alike 3.0 Unported License.
Based on a work from this source