Kim Dong-wan is a multi-talented man! 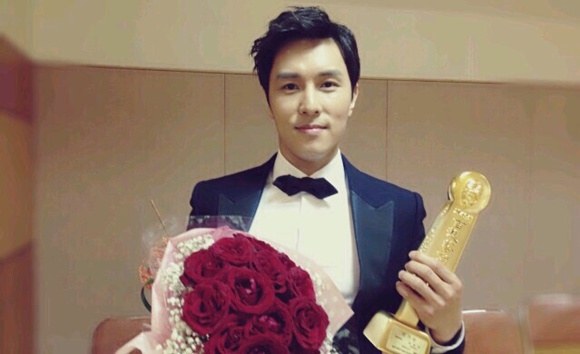 Singer and actor Kim Dong-wan takes over the screens now.

Kim Dong-wan was awarded the Best Actor in Movies with "Deranged" at the 49th Baek Sang Arts Awards on the 9th which was held in Kyeong-hee University.

Kim Dong-wan posted pictures of himself on his Twitter and the Shinhwa official Twitter, grateful for the support. He also mentioned that Shinhwa will be coming out with their 11th album soon.

Kim Dong-wan is looking forward to the release of Shinhwa's 11th album called "The Classic" which will be released this 16th.

"Kim Dong-wan is a multi-talented man!"
by HanCinema is licensed under a Creative Commons Attribution-Share Alike 3.0 Unported License.
Based on a work from this source