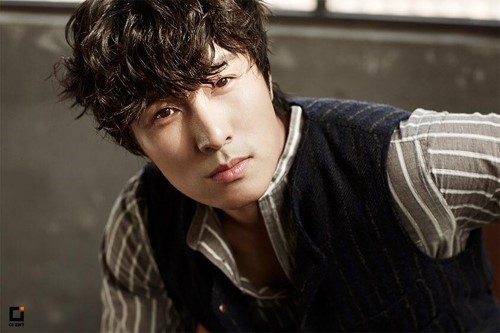 Actor Kim Dong-wan will be returning to the drama world in the first time in a long, long awaited time for us fans!

On the 21st, a source was given to the news that actor Kim Dong-wan will be appearing as a main character in one of tvN station's 10 short dramas, "Drama Stage - The Picnic Day".

Kim Dong-wan will be playing a guy named Jae-ho, who works for "Drama Stage - The Picnic Day", a company that cleans out personal belongings of the deceased people. Jae-ho joined the company because of a happening one day where his upstairs neighbor commits a suicide but fails. From this incident, he started the work as he wanted to properly send away the dead person but as the days pass by, he realize that even an average Joe like himself can have a power to change someone's life and help them live on.

It's been 4 years since Kim Dong-wan acted in a drama, ending with "Cheer Up Mr. Kim" in 2012. As he rested from the drama world, he kept himself busy with various musicals and also his main job, being a member of the long-lasting K-pop boy group, Shinhwa.

Though this will be a short drama, perhaps 1 or 2 episodes total, we are still excited to see Kim Dong-wan in the TV screen as an actor!

"Kim Dong-wan Playing the Main Role in Upcoming drama, "Drama Stage - The Picnic Day""
by HanCinema is licensed under a Creative Commons Attribution-Share Alike 3.0 Unported License.
Based on a work from this source