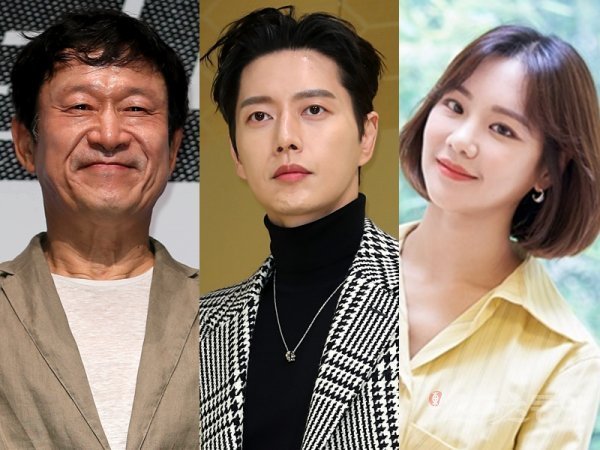 MBC is coming out with a new Wednesday / Thursday drama called "Kkondae Intern".

Ga Yeol-chan is the Ramyeon Business Department Marketing Team leader of Joonsoo Foods, a legendary character who saves the company from crisis by coming up with a groundbreaking menu as soon as he joins the company. While he is on a roll, Lee Man-sik, who used to be known as the standard 'old timer' comes to Joonsoo Foods as a senior intern. The two men used to be at the competing company Onggol as intern and 'old timer' but this time, things are the other way around.

"Kkondae Intern" is a growth drama about 'people these days' understanding each other and becoming adults through bloody survival. A novel comedy created by the reversal of a relationship, and the bromance of two men are also expected to be a refreshing viewpoint.

"Kkondae Intern" is written by Shin So-ra, who won the best prize at the 2018 MBC Drama Drama Theater Contest and will be directed by Nam Sung-woo.

"Kkondae Intern" comes out in May after "Find Me in Your Memory".

"Kim Eung-soo, Park Hae-jin and Han Ji-eun Consider MBC's "Kkondae Intern" "
by HanCinema is licensed under a Creative Commons Attribution-Share Alike 3.0 Unported License.
Based on a work from this source