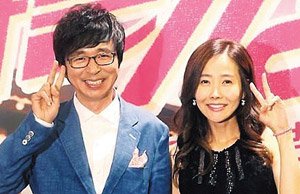 They will skip a wedding ceremony and instead have a meal together with their families.

The couple developed their relationship while appearing together on an SBS reality show, which started in March 2015.

They made their relationship public in August 2016 and announced their marriage plans this February through the show.