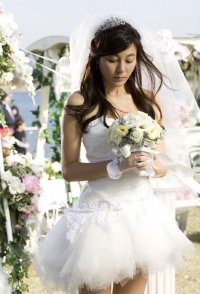 Popular actress Kim Ha-neul and Yoon Kye-sang (of the former band G.O.D.) are faced with a relation crisis in their sixth year together. Park Hyeon-jin directed and wrote "Lovers of 6 Years". She previously wrote scenarios for some of director Im Sang-soo's projects.

KIM and YOON's characters live next door to each other and are in a long term relationship. Their relationship encounters some problems while at the same time they start having feelings for someone else who they met through their work.

Kim Ha-neul became a star when she starred opposite of kwon Sang-woo in the comedy "My Tutor Friend". They reprised their success with another comedy, "Almost Love". KIM also played in the romantic drama "Ditto" alongside Yoo Ji-tae and in the horror film "Dead Friend".