Kim Hee-sun, "I thought about quitting when they said my daughter was ugly" 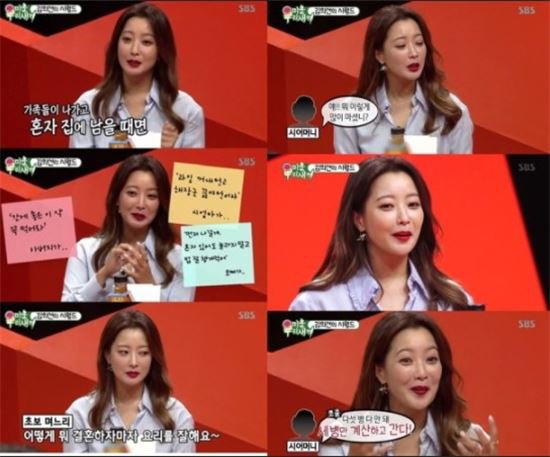 Kim Hee-sun appeared in the SBS TV show "My Ugly Duckling" and remarked on some bad comments about her daughter while also speaking affectionately of her.

She was asked if she ever scolded her daughter before and she said, "She has her dad's personality. She was taught to speak in the upper language since she was young. When I forget to turn off the tap when I'm brushing my teeth, she comes and turns it off for me".

Regarding her daughter's looks, Kim Hee-sun said, "My husband looks pretty. She looks like her dad. However, sometimes people look at me and then look at her and don't say anything".

In an interview in the past, Kim Hee-sun said, "I regret revealing my daughter publicly when I hear that she looks "ugly". My daughter was getting criticized for what I AM."

"I don't understand how people can say such things about someone as young as her. It hurt a lot. I wanted to quit my job so as not to hurt her more".

"Kim Hee-sun, "I thought about quitting when they said my daughter was ugly""
by HanCinema is licensed under a Creative Commons Attribution-Share Alike 3.0 Unported License.
Based on a work from this source