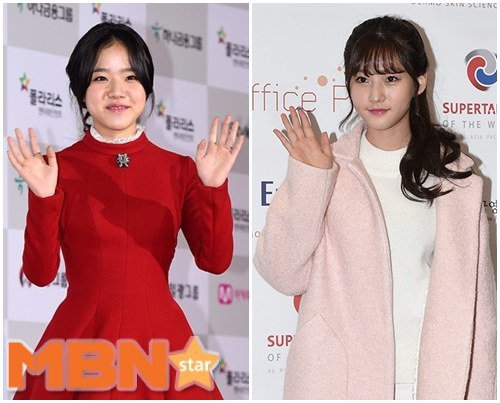 Kim Hyang-gi and Kim Sae-ron are working with the writer from "Secrets".

They have been cast for the KBS Independence Day Special Drama "Snowy Road".

KBS claimed they are taking on the roles of Choi Jong-boon and Kang Yeong-ae in a drama that's going to be aired on the 28th of February and the 1st of March.

The Independence Day Special Drama is about the friendship between Jong-boon, who is sick and tired of being poor, and Yeong-ae, an admirable, pretty and intelligent girl.

They lived different lives before the 15th century but one day Jong-boon is snatched by a stranger and her father is taken to a police substation. Yeong-ae signs herself up as a working girl and the two girls reunite in the train that's headed for Manchu.

The drama is all about retracing the memories of those who survived that period of time through the two girls and remembering the painful past.

The drama is written by Yoo Bo-ra from "Secrets" and is produced by Lee Na-jeong. The drama is going to be broadcasted on the 28th of February and 1st of March at 10:30PM.

"Kim Hyang-gi and Kim Sae-ron to work with writer from "Secrets""
by HanCinema is licensed under a Creative Commons Attribution-Share Alike 3.0 Unported License.
Based on a work from this source